Marlite roofing and brickwork is a professional, established family owned business. The business is successful and works solely on feedback from past or existing consumers.
Estimates are undertaken, offering a free comprehensive evaluation of your roof/chimney/guttering and brickwork free of charge, and Mark will work closely with you around your commitments to ensure that your estimate is done in a timely manner.
Photographs are taken of the problem areas, these are shared with the customer and the appropriate solution is discussed, with the price given to complete the work required. This allows the customer to make an informed decision.
The company has also worked diligently to secure endorsements from, not only Which? Trusted Traders, but also, Derbyshire Trusted Traders, My Builder, Rated People, Nottinghamshire's Buy with Confidence. We are also Nottinghamshire and Derbyshire Trading standards approved. 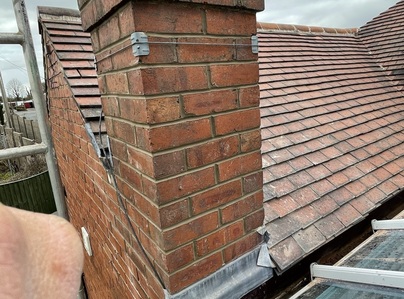