At MJP Kitchens & Electrical Ltd, we have been providing electrician and kitchen fitting services for over ten years.

We can help with almost any electrical fault or problem you have. We offer an emergency service too, and our turnaround time is usually very fast.

Any electrical work is undertaken by a fully qualified electrician, with the reassurance that his works meets the current rigorous requirements of the law.

Our electrical services always match Part P regulations and we are NAPIT and Trustmark registered. We can wire any room of the house, so whatever service you need just give us a call.

We are a dual trade company, and can also supply and fit modern and contemporary kitchens too.

Our qualified fitter has extensive experience installing all types of kitchens to a very high standard from top of the range units to less expensive suppliers. 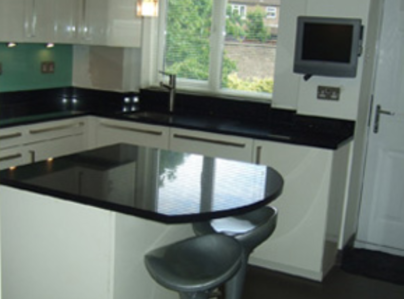