We supply and fit Windows, Doors and Conservatories in both PVC-u and Aluminium products.

As a business we have an experience and knowledge base that spans over 25 years in this industry. All windows we supply are A-rated ,

A 10 Year Guarantee and a full after sales service to give you true peace of mind that we are the right people for the job.

We have no sales team, we carry out our surveys/initial meeting taking the minimum amount of time but maintaining our professionalism at all times.

In addition to the above we carry out repairs and adjustments to windows and doors, replace locks. From a cat flap to a conservatory, we have it covered.

Call us now for a genuine no obligation quote. 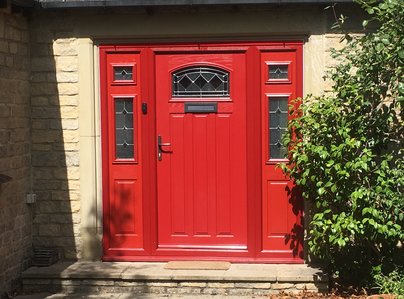 by 98% of customers
Sort by
Supply and fit PVC fixed window to garage and trim to door frame
Customer Service
Quality
Value
So good to have this small but vital job quoted for and completed so quickly and so well. Looks great and not a spot of waste left behind. It was a pleasure to receive the quote so quickly and to be informed of exactly when the work would be done. I would recommend MPN Windows and Doors for the excellent and friendly service and would certainly use them again when the need arises.
Customer in Oxfordshire Posted on 13/12/2018 , work completed 12/12/2018
Recommended
Professional, courteous, high standards.
Customer Service
Quality
Value
MPB Windows and Doors have repaired a lock mechanism in an older door for me, realigned a front door (fitted many years earlier, not by them) and installed a new glass conservatory roof. All of the work and finish is of high quality and I experienced a friendly, professional service throughout. Extremely satisfied and so I have no doubts at all with recommending this company.
Claire P Posted on 12/10/2018 , work completed 12/10/2018
Recommended
A New Back Door to Shed Some Light
Customer Service
Quality
Value
We needed a new back door which would let more light into the kitchen as the existing one only had two small quarter lights at the top and was rosewood finish inside as well as out. Our daughter and son in law recommended Mike as he had done some work for them in the past, mainly changing double glazing panels that had either misted up or shattered. So after looking at the brochure and deciding on the type and colour of door we liked we contacted Mike to request a quote. Mike turned up on time on the appointed day and we could tell that he could be trusted as the first thing he told us was that we could have a composite door cheaper than the pvcU one that we had chosen! Unfortunately the style that we wanted was not available as a composite door. Mike then went about measuring up for the new door and said that we would have the quote that evening. True to his word the quote arrived and we accepted by signing it and sending Mike a copy by email. By return we were informed that we had a 14 day cooling off period, but if we were sure and wanted to go ahead we could waive it and he would order the door straight away and it would be around four weeks to delivery. Sure enough, Mike contacted us to arrange delivery and fitting four weeks later! The door and fitter arrived on time and in no time at all we had our new door fitted with no problems whatsoever. The fitter was professional and very tidy, no mess, no fuss as the saying goes. Very happy with MPB Windows & Doors.
T & O H Posted on 05/10/2018 , work completed 05/10/2018
Recommended
New composite door
Customer Service
Quality
Value
Mike and his company installed a new composite front door, glazed side panels and glazed fan light. The quote was quick and on budget, installation was scheduled quick and completed within half a day. £100 deposit upfront and then payment once I confirmed that I was happy with the work.
Brandonroberts Posted on 16/08/2018 , work completed 16/08/2018
Recommended
FRENCH DOORS
Customer Service
Quality
Value
Had some repairs to 2 windows and new lock fitted. Also had French doors fitted. Very friendly and professional service. Work carried out with very little mess, very neat installation, couldn't be happier. Highly recommend, you won't be disappointed with the service and workmanship provided.
Which? Trusted Traders Consumer Posted on 27/07/2018 , work completed 27/07/2018
Recommended
Very pleased with new windows
Customer Service
Quality
Value
We had 7 windows replaced by Mike of mpb windows and we are absolutely delighted with them, from our first quote which is nice and easy to understand with a detail drawing of the layout of windows to the fitting which was done by Mike and Chris, it was a simple and easy process. We had a few quotes done and we found Mike very easy to get along with, we did change our layout a few times and he never complained, in fact he always gave an opinion and advice which was always helpful. Over the 2 days of fitting they were very tidy and courtious of our house, removed all rubbish and left the rooms tidy which they had worked in. I would definitely recommend mpb windows to anyone and I will be using them again when our extension goes up in the next few months.
Jamie, . Posted on 08/06/2018 , work completed 08/06/2018
Recommended
New UPVC French Doors Fitted
Customer Service
Quality
Value
New French Doors Fitted Mike and Chris were very professional, polite, honest and efficient tradesmen. The job was finished to a high standard,area cleaned and at a competitive price. We did not have to wait long for the job to be started and liked the fact that Mike personally kept us up to date at every opportunity. There were NO pushy sales tactics or follow up sales calls as with some other company's. We will have Mike do work again for us when required and would highly recommend MPB Windows and Doors.
C and D Royal Wootton Bassett, . Posted on 11/05/2018 , work completed 11/05/2018
Recommended
Which? Trusted Traders