MRB Roofing Ltd was established in 2003 by Michael Borrill with 19 years of roofing industry skills behind him. Starting out working in London as a trainee apprentice for 6 years for one of the oldest roofing companies in London at the time.

Not only am I passionate about the work I undertake, I ensure quality aftercare service for all projects I undertake, small or large.

With an experienced team passionate about carrying out high quality work and personal care to all out customers, we are dedicated to old fashioned customer service and the application of tried and trusted roofing methods to give you complete peace of mind when it comes to your property. 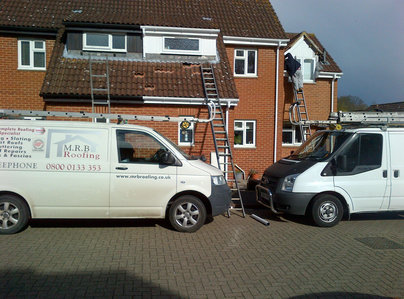