As a family-run business, we know the importance of a personalised service. During our 28 years of being established we’ve refined and perfected our practice, ensuring everyone who comes to us for automatic gates, garage doors, barriers, or automated entry doors has their requirements met in efficient time frames and at competitive prices.

Openings supply and install automated gates and barriers, automated doors, garage doors both manual and automated, covering a wide area in the South (generally within 100 miles of Bournemouth)

We provide free, no obligation surveys and advice for all of the above

We deal with all the main manufacturers so can obtain parts and advice for all makes.

We provide our services to both domestic and commercial customers; enabling us to deal with both large and small projects 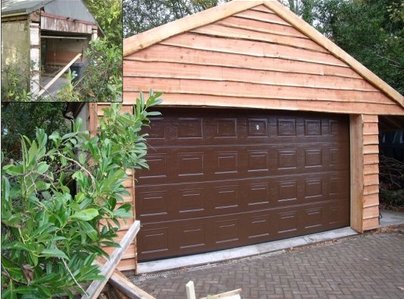 by 93% of customers
Sort by
Supply and fit. Garage door automation.
Customer Service
Quality
Value
I was very pleased with the work carried out by Openings of Bournemouth. Two employees arrived on time on the due date, were very pleasant and answered any questions that I had. They worked all day, left the garage neat and tidy sweeping up before they left. I would not hesitate to recommend this company to anyone who needed this same work. The final account was as agreed. A very satisfied customer.
Customer in Dorset Posted on 11/10/2021 , work completed 10/08/2021
Recommended
Really friendly, helpful business.
Customer Service
Quality
Value
My Dad’s automatic door opener stopped working and we needed help getting a new receiver/pendant openers for the door. Openings were fantastically helpful in helping us resolve this quickly. The office staff were lovely. The tradesman was so polite and friendly and obviously had great knowledge and experience. We were kept informed of when the tradesman would come round as there was a bit of a delay in parts being received. I also felt they prioritised our job for us as my dad is elderly and we were very worried his door wasn’t working. Thank you so much, superb service. I would highly recommend this company. Sue Smith
Sue in Dorset Posted on 09/09/2021 , work completed 08/09/2021
Recommended
Excellent Job
The end of March we had a car damage our garage door. The car insurance company used builders KDW to repair garage wall, roof, front door and garage door. The builder instructed Openings to carry out replacing the garage door and surrounding. Because of Covid, the door took little time to arrive but didn’t take too long to install. Ed Lewis of Openings was always friendly and competent in arranging the installation. The engineers who installed the garage door were very efficient and friendly, their workmanship and finishing ( beading and mastic) was excellent. Would certainly recommend this company for installation and replacement of a garage door.
Alan in Dorset Posted on 24/08/2021 (Reviewer did not use service)
Recommended
Nothing is ever too much trouble. A great firm to deal with
Customer Service
Quality
Value
I am pleased to have used Openings for over 6 years on several new installs and the maintenance of existing systems. I have always found Paul and his team to be professional, approachable, honest, reliable & good value. Openings has a great family feel to it, where they genuinely want to deliver the best for you & help wherever possible, regardless of the size of the job. I would recommend them 100%
Warren in Dorset Posted on 23/08/2021 , work completed 23/08/2021
Recommended
Totally professional
Customer Service
Quality
Value
After contacting local door fitters, it was a great pleasure to speak to Ed at Openings who provided reassurance and advice for motorising my old garage door. He made it sound really straightforward and sent video of how it would work. All completed within a fortnight by professional installers and working really well. Thanks.
Customer in Dorset Posted on 09/06/2021 , work completed 07/06/2021
Recommended
Expensive and disappointing
Customer Service
Quality
Value
First inspection 15/1/20. Owing to torrential rain, we suggested that the representative did not sit in his car and hand write the quotation as he offered but return to his office and email it. This took two whole weeks. Although their price was the most expensive quoted, we chose to rely on the Which? listing and awarded Openings the work. Installation booked for 27/2/20 was cancelled by them as the proposed employee/installer "had a bad back" and was rearranged for 9/3/20. Two men arrived, one training and one with a bad back who was a monologue of complaint and did little, it seemed, apart from walk around grimacing and holding his back.The installation was awful and defects obvious to a layman.Items were insecurely installed, parts patently warped and wrongly installed and the motor defective.They had checked nothing or so it seemed. Even the name on the door was wrong.They then hovered making pointless conversation, apparently expecting a tip.The promised paperwork was not supplied although they then told Openings that it had been handed over. Why? We duly declined to pay the balance [half was required up front] unless and until the work was properly and responsibly carried out and finished to a standard consistent with a Which? recommended trader. After further inspection, our complaints were accepted and the work carried out on 17/8/20. A subsequent reminder was required from us for the paperwork. We were told that they had "had a word" with the original staff!
Customer in Dorset Posted on 30/08/2020 , work completed 17/08/2020
Excellent service
Customer Service
Quality
Value
I cannot recommend this company highly enough. When my electric gates failed the service and communication were first class. They sent an engineer to open the seized gates and returned a couple of days later to carry out the repair. The engineer was smart and courteous and the final bill was less than they had originally quoted as they did not have to replace all of the parts expected.
David G Posted on 11/05/2018 , work completed 11/05/2018
Recommended
Brilliant Job
Customer Service
Quality
Value
Good service from beginning to end
Carole, Dorset Posted on 27/11/2015 , work completed 27/11/2015
Recommended
My Review
Customer Service
Quality
Value
Lovely fitters superb job. Ian & James were a delight to have around. Nothing was too much trouble for them.
Gillian, Dorset Posted on 09/08/2015 , work completed 09/08/2015
Recommended
My Review
Customer Service
Quality
Value
Ten out of ten
Mike, Dorset Posted on 01/07/2015 , work completed 01/07/2015
Recommended
Which? Trusted Traders