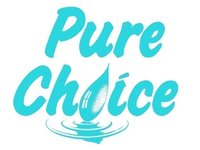 Trading since 1990, Pure Choice is an independent business offering practical friendly advice on water softeners, water treatment systems & drinking water filters. We also have a specialist private water division that specialises in tank chlorination, boreholes and water purification systems. We also provide salt and can deliver to your door.

We cover household, commercial, industrial and private water supplies; whatever the water problem we are happy to advise and assist.

Our specialities include the installation of:

We are happy to visit you in the counties of Somerset, Devon, Dorset, Wiltshire, Gloucestershire.
Our independent approach is key.
Currently our customer base exceeds 3000 people and businesses.
We want you to receive the best system to suit your budget.
Please call us on 01458 860557.