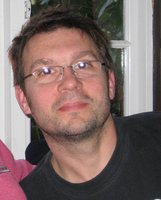 I am an experienced, conscientious and friendly domestic electrician based in South London. I am fully Part-P certified by NICEIC which means all my work is guaranteed and insured. I am proficient in fault finding, testing, alterations and I am able to issue Electrical Installation Condition Reports (formally known as Periodic Inspection Reports). Customer satisfaction is very important to me and I am proud of the amount of repeat business I have as well as the "word of mouth" recommendations that have brought me many new customers over the years.