TaylorGlaze is an established family business with a great reputation, we channel all our energy and passion into going that extra mile for our customers.

We are accredited by several prestigious industry associations and specialise in high quality designs, top notch installations and a consistent, reliable and friendly service.

Dealing only with the best quality products and exceptionally skilled cratsman, TaylorGlaze ensure a beautiful look for your home and a robust, weatherproof and energy effecient glazing system. 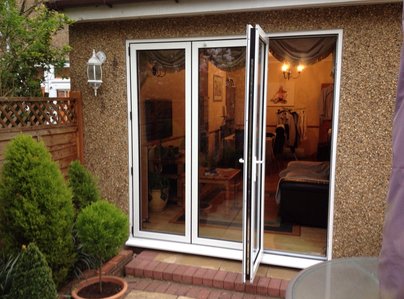 by 100% of customers
Sort by
Which? Local Review
Customer Service
Quality
Value
Taylorglaze
Overall Taylorglaze were excellent. They were very professional and there was no 'hard sell' like some of the larger companies. We appreciated their straightforward approach. The job was completed to an excellent standard to the timescale they outlined. My only gripe was that I had to chase them up to do a couple of bits of finishing off, which they then did immediately and to a very good standard. Most importantly the quality of the windows are fantastic and are definitely the best we have seen. I would have no problems in recommending Taylorglaze at all.
Peafowl Posted on 12/10/2013 , work completed 12/10/2013
Recommended
Which? Local Review
Customer Service
Quality
Value
Taylorglaze
This small company undertook the difficult task of removing a large curved bay window overlooking my garden and installing french doors in the middle of the space. This involved removing 5 feet of brickwork to floor level in the middle for the doors and installing the doors and side windows. The work was carried out in exemplary fashion and the site was left neat and clean and tidy. I highly recommend Taylorglaze
Jack, West Essex Posted on 31/07/2013 , work completed 31/07/2013
Recommended
Which? Local Review
Customer Service
Quality
Value
Taylorglaze
Deciding which firm should build my conservatory was a nightmare. I called in lots of big companies and that was a mistake because they never leave you alone. Anglian, for example, drove me mad with phone calls and I ended up telling them to stop phoning - and they were not the only company to be like that. Every smaller company I called in offered the same service for around the same price and there was nothing to differentiate between them all. In the end I looked on Which local and found this firm, which is based just up the road from me. They were not the cheapest, but when I asked for a specific shape, rather than the one that everyone was offering (square with a Victorian roof) Tony immediately sketched it out and I got the conservatory I wanted. I have had some bad experiences with building firms over the years, so perhaps I was over cautious, but what really helped me decide to use this firm was the fact that we were able to speak to someone they had previously worked for, and having seen the job they did there, I thought we would hire them. Their builder, Stuart, is exceptional. He won't even stop for more than five minutes for a cup of tea, he works in all weathers and makes no excuses. If you use this firm, ask for him and his son. There were a couple of issues, but these were dealt with. Overall the firm did what they said they would do. The conservatory structure was up within a couple of weeks as they promised. We then had to leave the screed to dry out before you can lay the tiles. I hired another tiler to lay the underfloor heating and tiles, but their electrician wired up the conservatory ready for that work to be done. Have to say, I am very happy with the end result. There is some room for improvement. They left it from day to day to let me know who would be arriving the following day but a schedule of work would have helped me plan out my own week. However, when they were here they got on with the job, and when the uPVC structure arrived, the place was flooded with workmen erecting it in double quick time! One day I had a wall, and the next a fully erected conservatory. The poor guys were absolutely soaked in the torrential rain. All in all, I will give them 9 out of 10 for the way the job was carried out and 10 out of 10 for the end product and I would certainly recommend you use this company.
sueinessex Posted on 24/01/2013 , work completed 24/01/2013
Recommended
Which? Local Review
Customer Service
Quality
Value
Taylorglaze
Excellent service - every thing happened as planned - a very professional company. The perfect job completed on time dispite lots of rain at the time. We were very very pleased with the completed conservatory and every thing was left neat and tidy.
scully one Posted on 26/11/2010 , work completed 26/11/2010
Recommended