We have established our small local family run company since 2004 starting off with 1 man and a van growing into a small fleet of 7 running vans, which still all push our values of a small local family run company. At The Aerial Man, we thrive to offer you everything in relation to your television and audio needs, offering you the highest possible level of service at affordable prices.

﻿Our friendly office team are on hand 24 hours a day to deal with your calls, to arrange with one of our professional engineers to come direct to your property at a time to suit you for a free 1-to-1 consultation and offer you a free quotation to have everything working, exactly how you'd like it. All of our certified engineers carry identification cards which they will be more than happy to show you on request, and all drive signed vehicles, so you know you're getting the highest possible service, direct from us, your local TV aerial and satellite specialists. In 2011, we became official Humax trade partners. 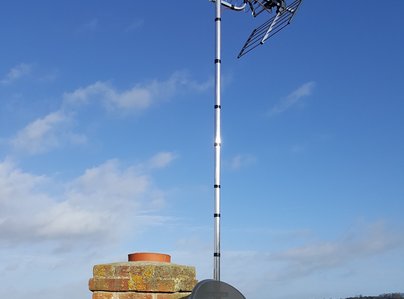