Welcome to Three Arches services. We are a family run independent garage in Cardiff, Wales. The garage, which was originally established at the Llanishen Cardiff site in 1936, was taken over in 2000 by Peter Dutton.
As we are an independent garage we can cater for a wide range of vehicles for routine servicing, MOT testing (Diesel & Petrol Class 4) and all repairs, such as replacing clutches, car diagnostics, timing belt replacement as well as general maintenance. We also carry out routine servicing for nearly new cars still under a manufacturers warranty & in keeping with manufacturers guidelines.
Three Arches Services are agents for a range of fleet management companies.
Our experienced time-served factory trained mechanics & MOT testers are able to carry out a high level of diagnostic work, including engine management, airbag & ABS lights on all makes and models of car.
WE have trained technicians to cater for your every need.
We also subscribe to the Motor Ombudsman Code of Practice 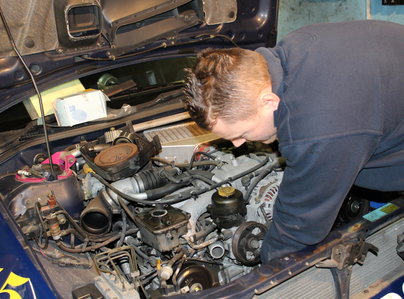