Established in 2008, Window And Door Repair Centre has more than 15 years of experience in the Double Glazing and lock repairs profession, and provides a free no-obligation quote to clients throughout Hull and Beverley.

Window and Door Repair Centre is a family run business established in 2008 with over 15 years experience.

I can repair your windows and doors at a fraction of the time and cost of installing new, whether it is a misted glass, broken glass or broken lock, handle or hinge, I can repair.

If you have been broken into and need to get the locks changed and the windows repaired as soon as possible, have simply locked yourself out of your home, or lost your keys the professional locksmiths at Window and Door Repair Centre can help you regain access quickly and reliably, our locksmiths are trained to the highest standards

At the Window and Door Repair Centre no job is too small, I offer a full same day service to repair all UPVC, timber and aluminium frames, at no call out charge. 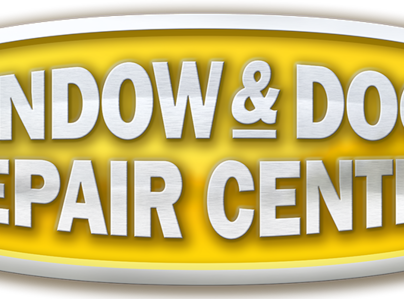 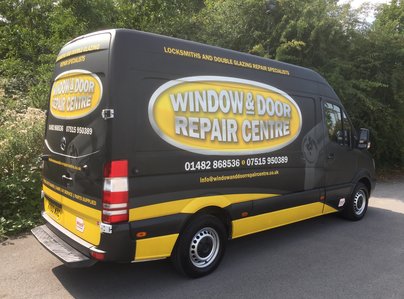 by 100% of customers
Sort by
Fast and efficient
Customer Service
Quality
Value
Efficient, careful, considerate and very pleasant. Came when he said he would and completed the job efficiently and quickly and at a very reasonable price.
Mary in Kingston upon Hull Posted on 27/09/2021 , work completed 27/09/2021
Recommended
Quick and competent
Customer Service
Quality
Value
Fantastic - repair done competently and extremely rapidly. Good explanation of what was done and suggestions for maintenance.
Customer in East Riding of Yorkshire Posted on 18/05/2021 , work completed 18/05/2021
Recommended
Most impressed
Customer Service
Quality
Value
Most impressed, highly recommended and would definitely use them again. Very fast service
Which? Trusted Traders Consumer Posted on 06/05/2021 , work completed 05/05/2020
Recommended
Excellent work carried out
Customer Service
Quality
Value
Today we have had our conservatory windows replaced (16 double glazed units). Richard did an excellent job, as usual, the work was carried out in a professional way and everything was left in a clean and tidy state. Richard has done many jobs for us and all were to the same high standard. The budget was as promised. I have no hesitation in recommending his work. He is a pleasant and informative worker.
Customer in Kingston upon Hull Posted on 09/11/2020 , work completed 09/11/2020
Recommended
Composite door realignment
Customer Service
Quality
Value
Richard arrived on time, kept his work area protected and tidy and completed a tricky realignment of 2 doors in a shorter time than expected, at a very reasonable cost. I would describe him as dependable, capable with good inter personal skills and would highly recommend him.
Customer in East Riding of Yorkshire Posted on 28/10/2020 , work completed 27/10/2020
Recommended
Another outstanding job
Customer Service
Quality
Value
I wrote in January that I would have no hesitation in using Richard at the Window and Door Repair Centre, again - and I didn't. This time another lock failed on an upstairs window. Richard arrived 15 minutes early - shoes off as he entered the house and a mat on the bathroom floor to protect the tiles - as an example of his consideration and care. New handle, lock and mechanism fitted - literally within minutes and he left just before he was due to arrive!! Another excellent job for a very fair price. I suspect that with our windows now being over 20 years old, other locks will fail and therefore Richard may well be a regular visitor! He certainly knows his job and, once again, I have no hesitation in recommending his excellent services.
Customer in East Riding of Yorkshire Posted on 18/10/2020 , work completed 14/10/2020
Recommended
Very impressed indeed!
Customer Service
Quality
Value
I had never used Rich from this Company but I needed a lock replacement, new hinges and re-alignment of my French Doors. Rich turned up on time and efficiently carried out the work. I was very impressed by his work and he was a very pleasant man. I have requested him to let me have a quote for new glass on a blown window as I have no hesitation whatsoever about using him again. I will be recommending him to friends and family. Thank you Rich - job well done!
Customer in East Riding of Yorkshire Posted on 26/08/2020 , work completed 26/08/2020
Recommended
Brilliant service
Customer Service
Quality
Value
I broke key in conservatory door lock and panicked as I couldn’t make house secure. I contacted two locksmiths- neither replied. Richard was recommended to me and I contacted him. He arranged appointment, came on time, knew exactly what needed to be done , did the job for a very sensible price and the job was finished in good time. He had a very pleasant manner and was very polite. I was extremely pleased with the job. I would employ him again and wouldn’t hesitate to recommend him to other people.
Customer in East Riding of Yorkshire Posted on 16/07/2020 , work completed 15/07/2020
Recommended
Great work
Richard did a great job today, he fixed my door not locking properly, he has a lot of pride in what he does I would recommend him and I would use again and recommend him to friends’ family Thank you, Richard,
Wayne M in Kingston upon Hull Posted on 01/07/2020 (Reviewer did not use service)
Recommended
Outstanding service
Customer Service
Quality
Value
We had a problem with one window lock which had failed completely and another one which seemed to be on its way out. Both windows were well over 20 years old. Richard arrived when promised (indeed, 15 minutes early) and immediately set to work. As expected, he told me that the window locks were no longer manufactured, but he would attempt to repair them. With the one that was looking a bit dodgy, he said that it probably just needed oiling - which he did - problem solved! The second one was more complex in that he had to fit a new locking mechanism and it certainly wasn't a DIY job, but his obvious skill and experience came to the fore and within about 20 minutes, he had successfully installed a new lock within the old mechanism and it worked perfectly. Added to which, he also sorted out two minor but irritating problems with both out back and front doors and provided extra keys for the window locks (since we were, for various reasons down to only one!) The final bill was VERY fair and given that some unscrupulous characters could have quite easily convinced me that two new windows were required, I have to say that I was most impressed with his honesty. He was scrupulously clean in his work and went to extremes to ensure that everything was left 'spick and span' before he left. I would thoroughly recommend Richard at the Window and Door Repair Centre as a trustworthy and competent trader and one whom I would have no hesitation in using again. Thank you Richard.
Customer in East Riding of Yorkshire Posted on 16/01/2020 , work completed 16/01/2020
Recommended
Which? Trusted Traders