August 2018’s Which? Trusted trader of the month is Bumblebee Plumbing & Heating Ltd

We caught up with company founder Ross Coen to learn more about life as a Which? Trusted trader

Congratulations are in order for Bumblebee Plumbing & Heating Ltd, which becomes our latest Trusted trader of the month. Taking the best parts of a corporate organisation and bringing those down to a local level, the company has been causing a buzz thanks to its speedy service, efficiency and friendly, knowledgeable staff.

Founded by British Gas Academy graduate Ross Coen, Bumblebee covers the North West of England. It provides customers with a range of services, including boiler installation, boiler breakdown and general plumbing services. To date, the company has 100 reviews on the Which? Trusted Traders website, earning itself a 5-star rating.

Ross says that Bumblebee’s team of engineers can work on boilers from all major manufacturers, and that flaws he identified in other organisations helped pave Bumblebee’s road to success.

Bumblebee joined our endorsement scheme towards the end of 2016, and our judges praised its fantastic work and stellar reviews. Customer feedback proves that the company is focused on its clientele and wants to promote the standard of a Which? Trusted trader.

Think your company has what it takes to be featured on our website in the future? Take a look at our guide on how to be the next Which? Trusted trader of the month for more details.

Companies across the UK are using their Which? Trusted trader logos to attract new customers, and Bumblebee is no exception.

Ross told us that Bumblebee, which sponsors a local young boys’ football team, uses its own endorsement logo ‘quite heavily’ when pitching for new work. The company owner and founder told us:

‘Customers really value the fact that we’re a Which? Trusted trader. As soon as I found out about the scheme, I wanted to be a part of it. People are willing to pay for peace of mind, and being a Trusted trader nullifies a customer’s fears of getting ripped off in any way, shape or form’. 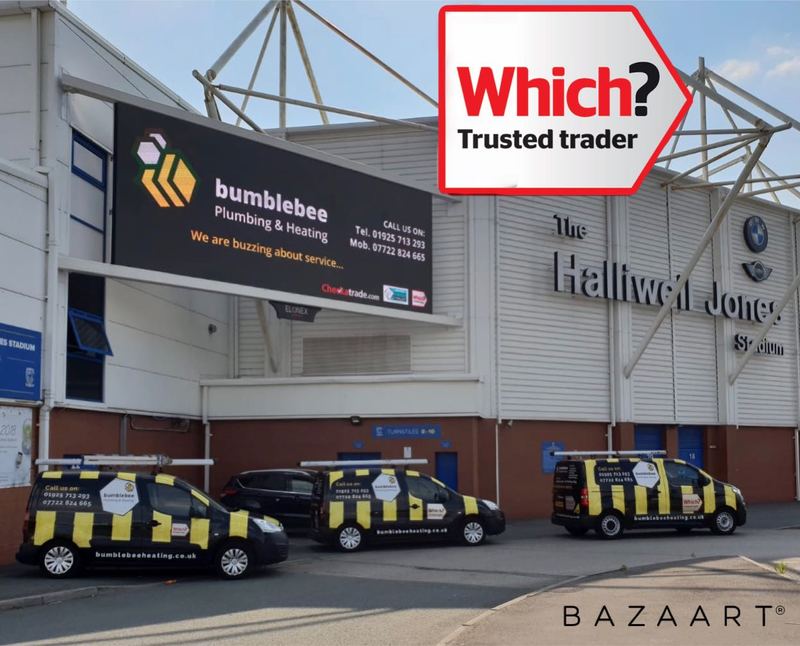 ‘Within two and a half years, we’ve got four vans on the road. We attribute a lot of that success to our Which? accreditation. If a customer is choosing between us and another company and they see our Trusted trader logo, we’ll get the job.’

Giving back to the community

This isn’t the first time Bumblebee has scooped up an award. The company has also earned the title of ‘installer of the year’ from the North West Regional Energy Efficiency Awards 2018.

To celebrate its achievement, Bumblebee has offered to change the life of a person ‘who otherwise might not be in a position to buy a new boiler themselves’. It’s currently sifting through nominations sent in via social media.

Hearing great feedback from customers is one of the best parts of the job, Ross told us. He said:

‘We get a lot of jobs where we go in and customers tell us they’ve been told to get a new boiler. Our first instinct it to see if we can fix it. Sometimes the best advice is a new boiler, but quite often in the trade people are telling customers they need a new boiler because they don’t know how to fix older models. But we do.’

‘It’s bonkers that some customers get so surprised when we say we’ll fix their existing boiler instead of replace it completely.’ 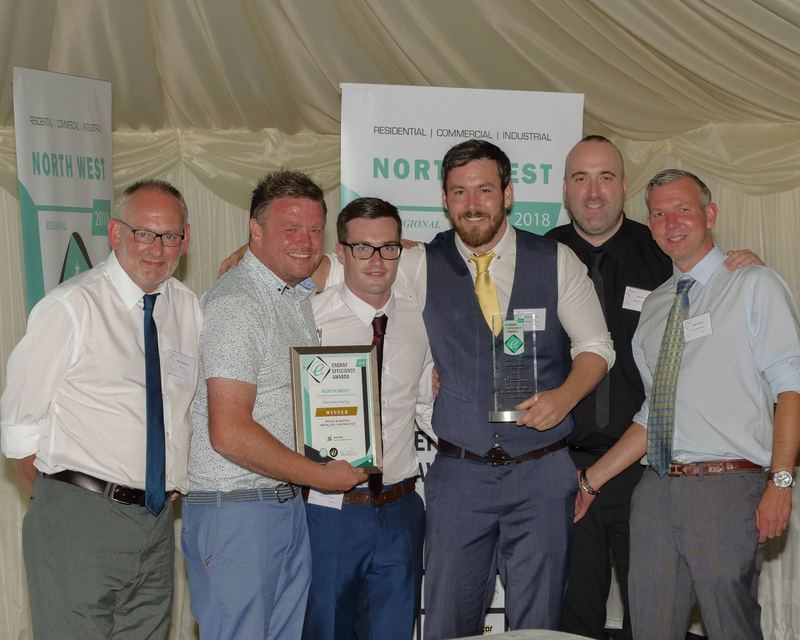 Going above and beyond for its customers makes Bumblebee a worthy winner this month, and there was one story in particular that caught our attention.

When nominating Bumblebee for installer of the year, one family described their struggles with their own boiler. It was plumbed in incorrectly by another company, which meant the couple’s downstairs radiators would get uncomfortably hot without warning. Bumblebee stepped in to lend a helping hand after endless attempts to get the issue resolved.

With a baby on the way, the couple were struggling financially. Because of the circumstances, Ross and his team offered to do the work and have the family pay via monthly instalments until the couple got back on their feet.

‘It’s not very often that you will find someone who would take a leap of faith in order to help others in the way that Bumblebee did, and we are eternally grateful as it really helped our situation at the time.’

Many congratulations to our August 2018 Which? Trusted trader of the month, Bumblebee Plumbing & Heating Ltd.