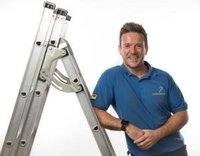 My name is Dave and I’m your Plymouth based loft ladder installation expert. I can help you utilise your loft space by providing quick, easy and affordable loft access and storage solutions. 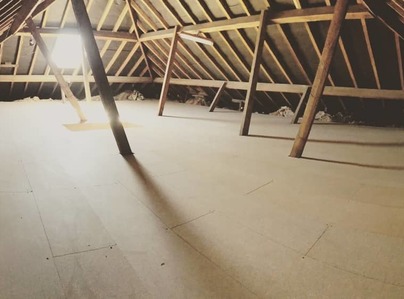 by 100% of customers
Sort by
Excellent Service
Customer Service
Quality
Value
An excellent service from start to finish. The quote was quickly sent and the work completed on time. The company were very professional, clean and tidy with a high standard of workmanship. New van that was clean with a good livery in my experience usually a good sign on its own. A very pleasing end result and no large deposit required, in fact no deposit was asked for and no money was asked for until all the work had been completed. Overall a very high quality and professional service.
Customer in Devon Posted on 01/09/2021 , work completed 25/08/2021
Recommended
Thank you so much, Glad you are happy with our service.
Very Happy
Customer Service
Quality
Value
I needed a loft ladder installed. I was given a fixed price quote by David and a date booked in the future. The work was carried out at the agreed date and on price and was a quality installation. I am very happy with the work and they provided excellent service.
Posted on 26/08/2021 , work completed 23/08/2021
Recommended
Thank you very much, glad you're happy the work :)
Board out loft and supply new hatch and ladder
Customer Service
Quality
Value
Can not recommend Dave enough! Turned up on time at the survey appointment. Gave me a price a few days later and I agreed to go ahead. He then text me before the day of install to confirm the appointment for the following day. He again turned up on time and was so clean and tidy! No mess! Covers across all carpets that may have been affected by the dust. He explained in detail what he was going to do and did it! Then explained how to use the ladder properly etc. When I got the bill there were no surprises! I paid the same as the quote and I am 100% happy that I choose this company again.
Customer in Plymouth Posted on 28/07/2021 , work completed 12/07/2021
Recommended
Thank you so much :)
Excellent Workmanship
Customer Service
Quality
Value
Everything was done efficiently, the trader was extremely pleasant and we are extremely satisfied with the quality of the work done.
Which? Trusted Traders Consumer Posted on 01/07/2021 , work completed 24/06/2021
Recommended
Thank you so much for taking the time to leave a review. It is very much appricated.
Excellent Work
Customer Service
Quality
Value
Two men arrived as arranged at 9am, as arranged. They introduced themselves, were wearing masks and followed COVID recommendations. The day started with me asking them if they could remove a huge spider from my bathroom. They did this without hesitation. They fitted our loft boards, a new hatch and loft ladder very efficiently in less than 6 hours. They were respectful of our property, laid down dusk covers and were very professional. I would definitely recommend them to anyone wanting to improve their loft.
Customer in Devon Posted on 22/06/2021 , work completed 22/06/2021
Recommended
Thanks for the great review and no problem regarding the spider!
Excellent Job
Customer Service
Quality
Value
Very good company, quick, reliable and on time. Price was as quoted. Very professional
Which? Trusted Traders Consumer Posted on 26/05/2021 , work completed 19/05/2021
Recommended
Thank you so much for a great review!
Excellent review
Customer Service
Quality
Value
I found this company completely professional in all communication and on the day when completing the work. The work was done to an excellent standard, on time. It was a perfect transaction.
Which? Trusted Traders Consumer Posted on 20/05/2021 , work completed 14/05/2021
Recommended
Thank you very much for taking the time to leave a great review. Very much appreciated.
Exceptional service
Dave thoroughly inspected my loft space and advised that it was unsuitable for the improvements I had planned. Offered extremely valuable advice. Unable on this occasion therefore to use his services, but hugely impressed by his honesty and genuine desire to help. Will certainly use Access4Lofts Plymouth whenever the opportunity arises in future, and can strongly recommend this company to all.
Customer in Plymouth Posted on 01/05/2021 (Reviewer did not use service)
Recommended
Thank you so much, hopefully we can help one day in the future.
Helpful, friendly and great quality from start to finish.
Customer Service
Quality
Value
Dave at Access4Lofts couldn't have been more helpful. From initial enquiry to booking to completing the job everything was made so easy for us and the workmanship and finish were of great quality. Would be more than happy to recommend Access4Lofts to anyone. We had a small access hatch in our old Victorian home and Dave has created a new hatch, fitted and secured a ladder and created solid, safe access to be able to get into the loft. Great job, Thanks.
Andy in Plymouth Posted on 26/04/2021 , work completed 22/04/2021
Recommended
Thank you Andy, great review.
Great work and good quality product
Customer Service
Quality
Value
Fitted a loft ladder including replacing & enlarging the hatch. Also fitted boarding in the loft. Work was completed to agreed timescale and budget, with the work taking around 5 hours. Communication with Dave was great, clear and concise. After initially discussing I left him to his work, staying downstairs and out of the way and then later Dave appeared to let me know everything was finished. He then offered to Demo the use of the ladder and ensured I knew about the lifetime guarantee and how to contact etc. Dave put protective floor coverings down during work and the property was clean and tidy when Dave left. There was some spare boarding left so he created a shelf on two loft beams. Value wise, the price was about what I was expecting. The ladder and hatch are of a nice quality with the hatch being lower profile than the wooden hatch and surrounding woodwork that was there previously, making a narrow landing appear a little more spacious, oddly (despite being the ceiling) Would definitely recommend!
Darren in Plymouth Posted on 23/03/2021 , work completed 22/03/2021
Recommended
Thank you Darren, glad you're happy with your new loft space.
Which? Trusted Traders