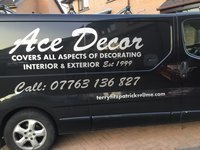 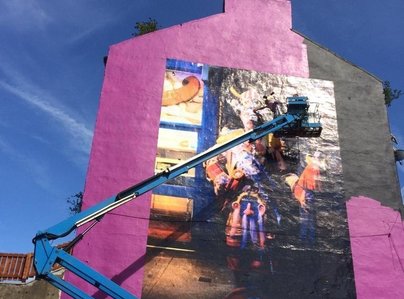 by 100% of customers
Sort by
Great job, prompt, good communication, went the extra mile.
Customer Service
Quality
Value
I bought a flat and needed the exterior window frames painting, they looked like they hadn’t been done for years and were very weather beaten. Terry arranged to come round and take a look, and phoned the next day with a quote. I wasn’t optimistic about getting them done before the winter - late October in Glasgow not the best time for outdoor painting! However Terry got in touch a couple of weeks later as there was a dry day forecast and he wanted to make the most of it to sort my windows. He and his colleague arrived when he said he would, completed the work to a high standard, left everything neat and tidy and for a very reasonable price. It’s a relief to have the work completed before the winter and I’m very grateful he was able to take advantage of the weather and prioritise my windows. I would definitely recommend him.
Elizabeth Reather Posted on 06/11/2018 , work completed 06/11/2018
Recommended
Outstanding Painter
Customer Service
Quality
Value
Terry and his team painted the outside of our house with astonishing speed and efficiency. He certainly lived up to the high expectations created by the other reviews I read here. And his price was reasonable as well. He serves the five-star rating I have given. You would be daft not to consider him!
Sneader Posted on 16/10/2018 , work completed 16/10/2018
Recommended
Ace painter
Customer Service
Quality
Value
Terry painted the bedroom and bathroom of our flat in Glasgow and did an excellent job. Not only that but his quote was extremely reasonable, and he did extra work, including giving an extra coat of paint, without charging us extra. He could not have been more helpful. You can rely on Terry for a job well done and at a good price. D. Murdoch
Dugald Murdoch Posted on 11/10/2018 , work completed 11/10/2018
Recommended
Highly professional and excellent results
Customer Service
Quality
Value
Terry was very thorough at the time of specifying the decorating work, and identified any potential issues at this time. His quote was very competitive and he undertook the work promptly after I decided to go ahead. Both he and his colleagues were professional at all times. The actual job - which was tricky and involved a number of complicating factors - was completed quickly and to a high standard. I was very happy with every aspect of my first encounter with Ace Decor. I will be using them again and would highly recommend their services.
Kevin Graham Posted on 08/10/2018 , work completed 08/10/2018
Recommended
Absolute Ace
Customer Service
Quality
Value
What can I say? Terry and his team massively exceeded expectations. We were in the middle of moving house, with what seems to be the normal delay, with contracts only being settled immediately before deadline, leaving very little time for arranging a removal firm and seeing to a house that badly needs decorated. We had somewhat hopefully pre scheduled a meeting with Terry for the same afternoon that we were to get our house keys. Within 24 hours Terry had two of his men in our new house painting to perfection, completing on time before the rescheduled removal men arrived, 36 hours after we received our keys. A first class service, at value for money prices, with very flexible, pleasant, hard working staff. I can’t recommend Terry and his men highly enough. Ace!
Anthony P Posted on 29/08/2018 , work completed 29/08/2018
Recommended
A Trusted Trader
Customer Service
Quality
Value
Ace Decor repapered our boys bedroom and sorted out the paint work in our hallway where there was water damage. The papering was not standard or easy and he dealt with the tricky parts really well by offering suggestions of how and what it would look like. He completed the job fast and tidied up after himself. I am going to use him and his team again in our new home as it is hard to find a trustworthy Painter and Decorator.
Which? Trusted Traders Consumer Posted on 20/05/2017 , work completed 20/05/2017
Recommended
Thank you for the kind feed back really appreciated. Terry Ace Decor
Wonderful
Customer Service
Quality
Value
Terry Fitzpatrick at Ace Décor made a beautiful job of painting our house. He carried out the work with no fuss and his fee was very reasonable. We would have no hesitation in recommending Terry.
Stuart E, . Posted on 20/12/2014 , work completed 20/12/2014
Recommended
Thanks for the positive feed back really appreciated Terry Ace Decor
The best painter in Glasgow
Customer Service
Quality
Value
Ace Decor repainted our lower level hallway, staircase, upper landing, living room and bedroom. I still marvel at how straight they managed to get the edge detailing between two contracting paint colours. They painted all the walls and ceilings as well as providing finishing details for radiators. I would happily use Ace Decor again and have recommended them to several people since they did work for me.
Which? Trusted Traders Consumer Posted on 31/07/2014 , work completed 31/07/2014
Recommended
Thanks for positive feedback really appreciated. Terry Ace Decor
Which? Trusted Traders