Aerial Services is a small company with ten teams of engineers on the road working in and around London six days a week since 1968. Our primary focus is the installation and maintenance of TV aerials, satellite dishes and TV systems although we also install HD and AV distribution systems, CCTV and Sonos.

We work in all different environments from domestic homes to huge commercial offices and hotel systems providing the following services;

We always aim to provide a professional yet personal service and to do a good job at a fair price. Should you think you may require our services or even if you just need some advice we'd love to hear from you so give us a call on 020 7582 8888 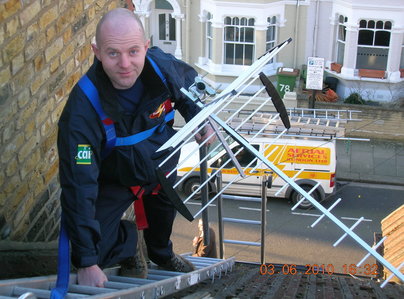