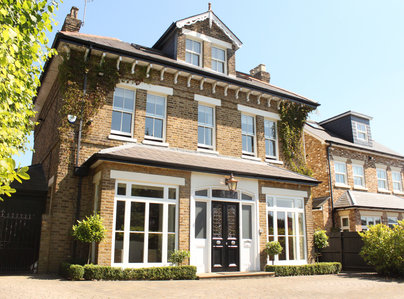 by 94% of customers
Sort by
High Standards of Workmanship and Materials
Customer Service
Quality
Value
Ours is a typical London Victorian terraced house. After much research and a recommendation from neighbours, we chose Core to replace the windows in our lounge and three bedrooms, and draft proof and re-glaze the front door. From the outset (the initial contact and site survey) it was clear that this was a company that prided itself on a first class product (their website is also very comprehensive) and the quality of its workmanship. The quote was competitive and a start date was agreed. It was to take ten days. At the end of the first week I emailed Core's management and included the following.... Just to say how impressed we are by your team - skilled, diligent, respectful, hardworking, conscientious, cheerful... The superlatives were fully justified and, as the work progressed, it was obvious that the box of each window was being completely refurbished and, with the new windows installed, they would have been fully restored. Neighbours began to notice and ask after the process. On completion, we were assured that 'if any problems arise...' they would be remedied and we were provided with a written guarantee. Put simply, the investment was very worthwhile, the quality of finish was of the highest standard and I can recommend Core to you without hesitation.
Which? Trusted Traders Consumer Posted on 03/08/2016 , work completed 03/08/2016
Recommended
Which? Local Review
Customer Service
Quality
Value
We were absolutely delighted with the quality of the work carried out by Core - both double glazing and draught proofing. We immediately felt confident with Sean when he came to give us an estimate. He gave a very clear explanation of the options and the relative benefits, all without any sales pressure. The work was then carried out with huge professionalism and dedication and with great attention to detail.The quality of the joinery and of the painting on our new double glazed windows was staggeringly good. And they cleared up so you would't know they had been ! We got a number of quotes including from the major 'known' companies. We felt Core was the best option in every sense having checked exactly what was included in each quote. We were right and would highly recommend Core for the quality of the work and the value for money.
Adrian Paterson Posted on 08/06/2013 , work completed 08/06/2013
Recommended
Which? Trusted Traders