I have been trading for over 30 years, working in Orpington and surrounding areas. I am a fully qualified GAS SAFE Registered Engineer specialising in all aspects of gas heating and general plumbing work - from full central heating installations and boiler changes to gas hobs, as well as full bathroom installations,leaking taps and landlords safety checks.
All jobs are considered so please feel free to call for a free quote or advice.
Full Central Heating Systems
Boiler Installations and Updates
Worcester Bosch and Vaillant accredited installer
Systems Power-Flushed
Up to 10 years guarantee on Worcester boilers
Landlords Gas Safety Checks
Unvented Cylinders
Bathroom suites
Showers
Hot and cold water tanks
General tidying of pipe-work
Free estimates and advice
No call-out charge
For further information on any of my services please do not hesitate to contact me.
Qualifications:
Gas Safe Registered 100470
Unvented HW Storage System Qualified
City & Guilds Qualified Level 3 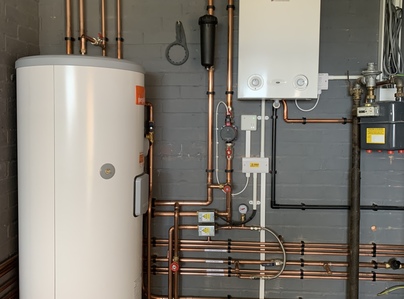