DHS is one of the largest central heating installation businesses operating in the South West. Based in Bristol, we have been established for over 40 years. Our business has been built around an enviable reputation for quality, service and excellent value for money.

We sell, install, maintain and service all types of gas, oil and solid fuel systems in both domestic and commercial premises, including boilers, radiators and underfloor heating.
We offer a comprehensive bathroom design and installation service as well as fitting wet rooms and showers.
We also specialise in installing fires, including flueless gas fires and wood burners, and solar water heating.

Our plumbers are skilled, friendly and trustworthy. They carry photo ID, wear uniforms and drive recognisable vehicles branded with the DHS logo. They have all the appropriate qualifications and training and are covered by public liability insurance. All of our apprentices attend college and work under the guidance of our trained engineers. 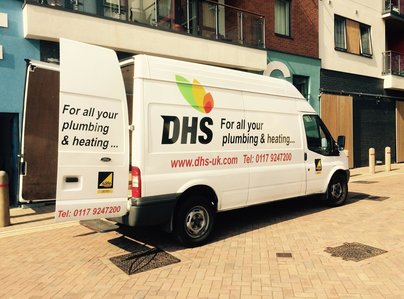