G.S Roofing is a family run business established in 1975 by the current owner and Managing Director Mr Gordon Strank. G.S Roofing as been operating from our current office and yard since 1985 and became a member of The National Federation of Roofing Contractors (NFRC) in 1988.

Having been based in Wimbledon for the past 30 years, many of our customers have been through recommendations, and there are few roads left in the area where our roofing work cannot be seen.

We are willing to take on work ranging from small repairs to complete new roofs; Flat, Tiled, or Slated, and to ensure piece of mind. (An insurance backed guarantee is also available for new roofs.)

We have a team of reliable and experienced employees who carry out all our work including scaffolding. Many have been with the company for a number of years.

Our office is open 8am to 5pm, Monday to Friday and our friendly staff will be happy to help with any enquiries, or to book a free 'no obligation' estimate. 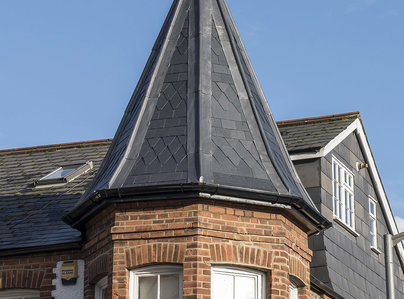