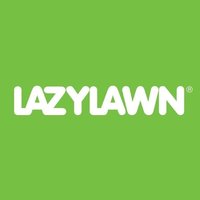 Active Surfaces Ltd are a Lazylawn licensee operating in Warrington, Chester, Liverpool and South Manchester. We cover the following postcodes, WA, CH, L, M. We are a specialist company in artificial grass, putting surfaces, resin driveways and paths, millboard decking and all other types of landscaping and groundwork’s. We pride ourselves on the quality of works, our professionalism and our service.

Active surfaces Ltd has extensive knowledge in Artificial Golf surfaces and have gained many years experience winning contracts from many large companies and famous customers such as Centre Parks, Haven Holidays, Michael Owen and many more.

by 92% of customers
Sort by
Fabulous Lazy Lawn
Customer Service
Quality
Value
Totally professional company, from initial phone call & job survey with Hannah & Josh, to completed installation by the team, I have been really impressed. The guys worked non stop, completing the work exactly as previously discussed and to a very high standard. The area being done was at the top end of the garden, previously unused, was very uneven and had residual tree stumps in. It now looks amazing, and they even cleaned up after themselves, leaving the garden tidier than when they started. I would have no hesitation in recommending Josh and his team, you really won’t be disappointed.
Customer in Merseyside Posted on 06/08/2019 , work completed 06/08/2019
Recommended
We are incredibly grateful that you took the time out to leave us a 5-Star review. We are so pleased that your garden has been transformed and you can now enjoy the once 'unusable space'. Thanks once again Hannah,Josh & Team
Amazing results
Customer Service
Quality
Value
Lazy lawn north west have done an amazing job and totally transformed our garden. The team were so lovely and hard working and they did not leave until we were 100% satisfied. It is the best money we have ever spent and we have no more dreaded lawn mowing either. We think it has added so much value to our property too. Everything looks so smart. Thanks guys.
Customer in Warrington Posted on 16/07/2019 , work completed 24/06/2019
Recommended
Thank you so much for your lovely review. Our biggest aim is ensuring that all our customers are over the moon with the works we carry out and we will ensure that we share this with the team so they keep up the good work :) Kind Regards, LazyLawn North West
Excellent Result
Customer Service
Quality
Value
Josh, Hannah and the whole team did an excellent job transforming my dull back yard into a fabulous outdoor space. The LazyLawn, resin path and pergola are just perfect, just what I wanted. I can't fault the work and the job was done professionally and to time... 5 stars
Marcus Posted on 15/06/2019 , work completed 13/05/2019
Recommended
Thank you for your wonderful review, your garden was completely transformed and we enjoyed doing it, it was a pleasure. Kind regards Hannah, Josh And Team
Front Lawn Replacement
Customer Service
Quality
Value
We had our front lawn replaced with artificial grass by Active Surfaces LTD WARRINGTON. We where very impressed with the professional service we received by Hannah, Josh and his ground work team. All work required was carried out to very high standard and we are delighted with the result. We would definitely recommend them 100% it was a pleasure to do business with Active Surfaces LTD WARRINGTON.
Customer in Warrington Posted on 18/05/2019 , work completed 23/11/2018
Recommended
Thank you for spending your time to leave us this wonderful review, it is very much appreciated and we would like to thank you for your business. Kind Regards Hannah, Josh & Team
Excellent job done
Customer Service
Quality
Value
They did everything as agreed. Excellent job done, good workmen, very happy.
Joseph, Cheshire Posted on 14/05/2019 , work completed 14/05/2019
Recommended
Hi Joe, Thanks for your kind words and review, it is greatly appreciated and we are so pleased your happy with your new LazyLawn. Kind Regards, Hannah & Josh
Always on time, good polite people.
Customer Service
Quality
Value
Just had my lawn laid, it's really amazing. An excellent job, with good, polite and pleasant men doing it. Would definitely recommend them 100 percent. Only thing is, I should have had it done years ago. Absolutely first-class.
Mauveen, Merseyside Posted on 10/04/2019 , work completed 10/04/2019
Recommended
Dear Mauveen, Thank you very much for your wonderful review, its very welcome. Were so pleased your happy with your new lawn, it looks fab. Thanks for your time writing this review and for your custom
Absolutely superb
Customer Service
Quality
Value
I had a garden makeover by josh and his team. On initial visit josh was so professional and gave expert advise as to what he could achieve to hi incredible high standards Quotation was agreed and installation date set. From the first day to the final day josh and his team worked to exacting high standards. Every day as they left for the evening the area was cleaned leaving no rubbish or debri in the garden. They we all so incredibly polite at all times and I found them all to be a shear pleasure to deal with. As with all installations I had ideas that I would like to see. Josh accomadated all my reonable request and advised me as and when something was not appropriate Looking back josh was always right his years of experience shone out Josh is incredibly precise and if something was a couple of millimetres our he would do it again. A vary hard task master on his own immaculate standards he serves for himself The garden is a sheer pleasure now. We love it as do all my friends family and neighbors So if you are thinking of have artificial grass look no further than josh and his team They will transform your garden without any complications
Customer in Warrington Posted on 19/12/2018 , work completed 03/07/2018
Recommended
Thank you for your wonderful review, we really appreciate it and are really pleased you love your transformed garden :)
Which? Trusted Traders