MET Gas Plumbers are a family run plumbing heating and gas Specialist. Our head office is in Dronfield just between Sheffield and Chesterfield. We operate throughout South Yorkshire and Derbyshire. Our Engineers have a combined experience of over 100 years and are all apprentice trained and time served.

MET Gas Plumbers was established in 2005 by Michael and Hayley Ellis-Thomas, and over the past 14 years have grown steadily into a thriving small business with a fleet of vans on the road allowing us to provide a fast response to all our customers.

We have become a major local competitor on Price, Quality and Service, our team of 4 uniformed engineers are experienced professionals who offer a first class service with a personal touch. Our team frequently undergoes extensive training and uses the latest electronic diagnostic equipment.

Service Quality and Reliability is our Ethos 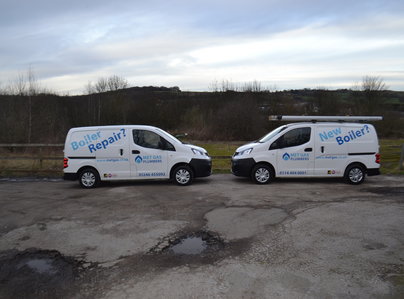