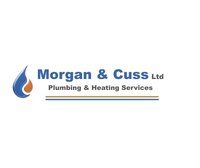 We are a local Plumbing and Heating company that cover all of Herefordshire, Leominster, Ross-On-Wye, Ledbury and surrounding areas.

We deal with all aspects of Plumbing and Heating, from full bathroom refits and full central heating, to servicing and breakdowns and general maintenance.

With over 25 years' experience, we have the knowledge and expertise needed to ensure that you receive nothing but the best service.

We pride ourselves on quality workmanship, quick to respond, politeness, courteousness and above all respectful of our customers needs and property 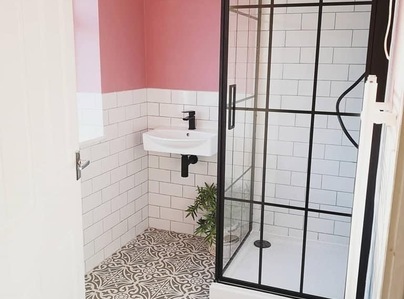 by 98% of customers
Morgan and Cuss, excellence in their profession
Customer Service
Quality
Value
I asked Morgan & Cuss to come and give me an estimate for a new Combi boiler system. They arrived at my house, bang on the agreed time. They had a look at the system that we had, and spent time discussing options with me. A few days later I received an email outlining different options that we could have. I was astonished how competitive the price was, considering I had Nest system and relocating boiler to a different part of the house. I confirmed back, and with in the next few hours had the date for the work arranged. which was only 4 weeks. I was that impressed i also arranged for them to visit my parents house for a quote. A few days before the agreed installation, I received an email to just confirm everything was still l ok, and confirmation of arrival times, so we were aware when they would start. They arrived bang on time as agreed, and began work. During the 3 days they were working, they would be explaining what they where doing, and cleaned everything as they went. They took the time to explain everything about the new system, and wouldn't leave until we were confident using it. Have recommended them to so many family and friends
Alan Cratchley, . Posted on 18/11/2017 , work completed 18/11/2017
Recommended
Which? Trusted Traders