Prestige roofing has been established since 2000. Our dedication and ambition to deliver excellence has enabled us to grow a large client portfolio over the years. Our reliable, friendly and professional approach enables us to deliver quality work consistently, from the one off small projects to the large commercial contracts.

All works are carried out / undertaken directly by the companies partners / owners/ directors. We provide a personnel service with a 'can do attitude' ensuring high levels of customer satisfaction.

The companies core values are to deliver excellent customer service, provide a friendly and reliable team and ultimately build long lasting relations with our clients. We are always improving and discovering innovative solutions for our clients needs. 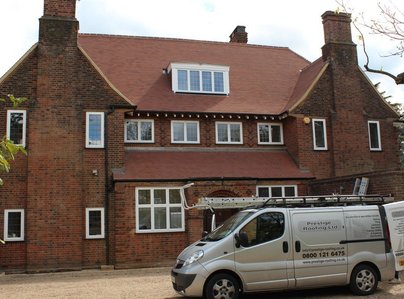