Pro-Heat are your number one choice for all your plumbing and heating requirements in the NEWARK and GRANTHAM areas. Gas Safe and OFTEC registered, we are proud to be Worcester-Bosch accredited installers and offer extended guarantees of up to 12 years on selected gas boiler installations, including LPG, and 8 years on oil boiler installations.

Based in Newark-on-Trent, Nottinghamshire we are ideally placed to cover the whole of the East Midlands.

From a boiler service to a full heating system, dripping tap to bathroom installation, our friendly and professional staff always work to the highest standards. 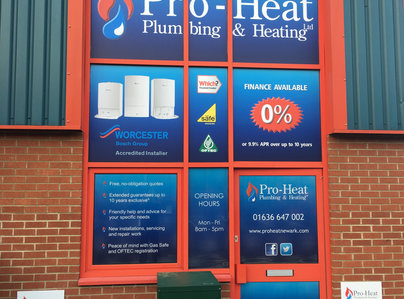