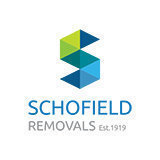 Whether your house removal is into a castle or a small apartment, moving can be a very stressful time. We at R & D Schofield would like to reduce the stress by offering a friendly, reliable and professional service to all our clients.

We are a family run removal and storage business based between Colchester and Ipswich, routinely trading in the local area as well as Nationally, European and Overseas.

Reliability, flexibility and the willingness to go the extra mile sets our removal business apart from the rest. Schofields are also here to help D.I.Y. movers with a range of packing materials, supplied at the lowest prices and delivered to your door and plenty of packing advice too! Of course we also supply an excellent and quick packing service for those of you who want a full stress free removal experience.

In addition to our removal services we are able to offer our clients secure containerised storage and well as a full range of self storage units from 25sq feet to 250 sq feet. 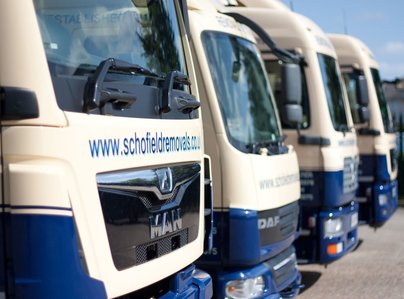 by 100% of customers
Sort by
Used for years
Customer Service
Quality
Value
R And D Schofield Limited
We have used Schofield many times as a family over the years and they have always been very reliable and cost effective. Very good service and they were happy to come and do a job in London/Hampshire when they are based in Colchester. As a result, the guys were up at 4am, but remained happy and cheerful throughout!
LondonUser Posted on 01/02/2016 , work completed 01/02/2016
Recommended
House contents removal from Suffolk to Wiltshire.
Customer Service
Quality
Value
R And D Schofield Limited
Phil was an absolute star. Everything was done quietly, efficiently and with care and consideration. Jason, Ross and Dom were delightfully friendly, and helped Phil turn what was a difficult couple of days for us into something much less traumatic than we were fearing. In particular, when we were tearing our hair out on the news that my parents’ apartment was not going to be ready until a few hours after it should have been, and we were feeling embarrassed about the consequent delay of the removal, Phil was incredibly understanding and was at pains to make sure that we were still completely happy despite the delay.
Michael Posted on 29/01/2016 , work completed 29/01/2016
Recommended
Prompt & professional
Customer Service
Quality
Value
R And D Schofield Limited
A very good service - totally professional
Carol, Essex Posted on 29/01/2016 , work completed 29/01/2016
Recommended
Friendly & professional
Customer Service
Quality
Value
R And D Schofield Limited
Punctual, efficient, friendly and professional. Nothing broken, clean job despite snow and heavy rain.
Andy, Wiltshire Posted on 27/01/2016 , work completed 27/01/2016
Recommended
Piano Transported
Customer Service
Quality
Value
R And D Schofield Limited
Schofields were recommended to me by the company I bought the piano from some 25 years ago. They said that they only used Schofields. When I telephoned I was made to feel welcome and valued. I was very pleased with the whole operation from start to finish which included them keeping my daughter informed (she being the person who was receiving the piano). And they delivered the piano within 5 minutes of when they said they would!
HarwichJohn Posted on 20/01/2016 , work completed 20/01/2016
Recommended