I am a Gas Safe registered plumbing and heating engineer with over 30 years experience. After experiencing the damage of hard water and seeing the benefits of soft water, I started to install water softeners in 2001. I now only fit water softeners, filters and boiling water taps.

I am the main dealer for EcoWater Water Softeners for all of AL, SG and LU 1-5 postcodes and a Harvey Minimax M3 Water Softener dealer. I can also supply most other makes. Although by choice, I would recommend EcoWater as they are Smart, Reliable, Efficient and WiFi enabled (that’s the softener that I have at home).

Based in Stotfold I cover most of Hertfordshire and Bedfordshire. I supply and deliver water softener salt and all the prices are on my website along with various payments options. 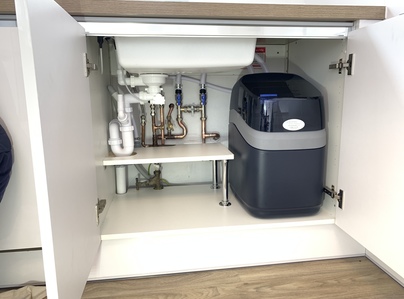