Get your new A-rated boiler and start to save money. Instant quote in 3 simple steps including supply & installation of your new boiler and up to 10 year guarantee for total peace of mind.

Great boiler finance packages available to suit every budget with our 0% APR option, Buy Now Pay Later or our bank buster package - with or without a deposit you can now get your new boiler with a payment plan that suits your budget & lifestyle.

Our team of engineers have worked solidly within the industry for over 30 year & we are proud to say that we are one of the most highly recommended installation firms in South East of England. 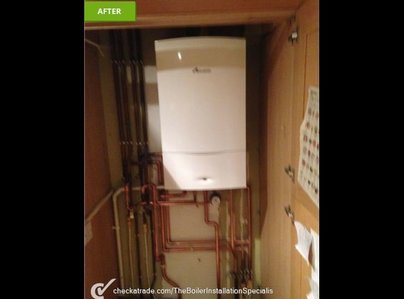