Tincknell Heating Services is one wing of the long-established fuel business, Tincknell Fuels. ‘It’s a win for the industry,’ said Rob Ormond. ‘The fuel industry, which we’re part of, doesn’t always get the best press, but this is a really positive step.’
Winning the Which? Trusted trader of the year award and being elevated above the thousands of other businesses on the Which? Trusted Traders scheme means a lot to the company. But it’s adamant that this won’t change the way it works. 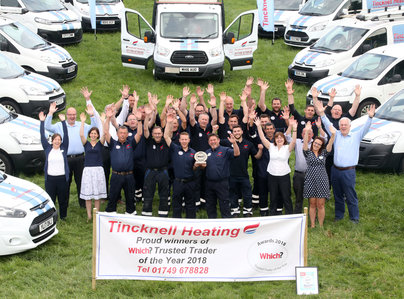