Trader of the Year 2019 is Furlonger Tree Services

The Surrey-based firm was a runner-up at last year’s Which? Awards, but this year it’s in pole position.

Congratulations to Furlonger Tree Services, which has taken the coveted Trader of the Year title at the Which? Awards.

The award was presented at a prestigious ceremony in central London, alongside accolades for some of the country’s top brands.

Judges had been impressed by the company’s outstanding customer reviews, showing how staff routinely go the extra mile to serve their customers. 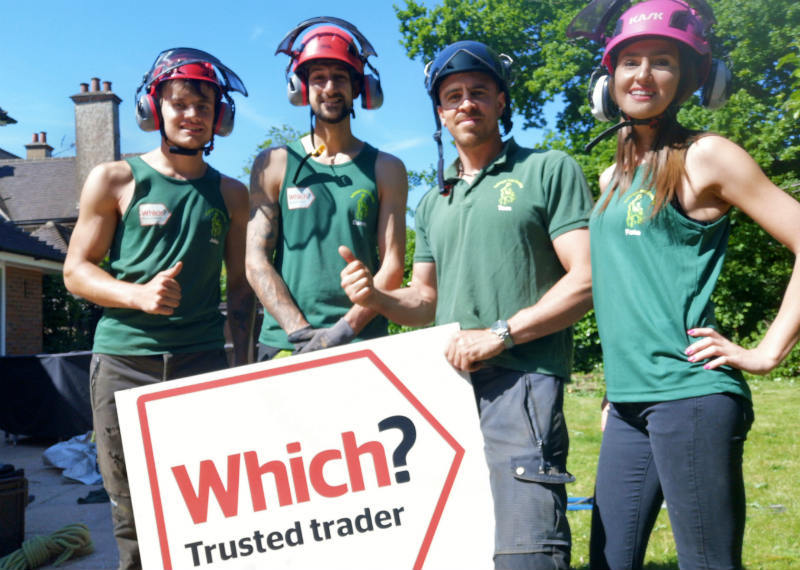 As the winner was announced, one poignant review was read out to the audience:

‘In 1982 I bought a real, perfectly formed, little Christmas tree in a pot for my mum who lived on her own in a lovely flat in Ashtead, Surrey. Sadly, mum died that year just before Christmas so she never saw it. My wife and I planted the tree in my garden more than 30 years ago.

‘Last year, sadly, the tree had grown too big, and had to come down. Tom Furlonger came and he did a fantastic job of removing it. Yet he didn't stop there.

‘I can’t tell you how touched I was when Tom knocked on my door that same day and presented me with a carving of a Christmas tree he made from the tree. It even has “Mum” carved into the base. One of his crew, Kieran, also gave me some tips to help me try and grow some cuttings from it.’ 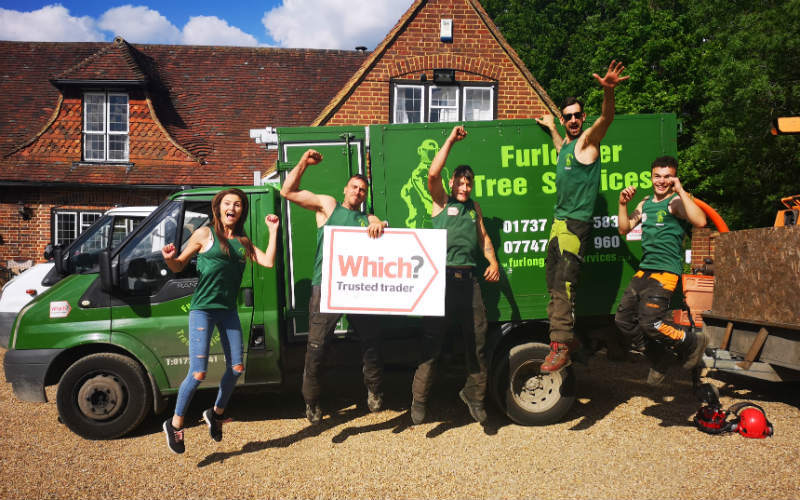 Company founder Tom Furlonger started the business in 2004, aged just 21. Although he started out on his own, his company has since expanded and a small team now take care of jobs in and around Surrey.

Since becoming a Trusted Trader in 2015, the company has continually impressed the Which? team, leading to a nomination for 2018 Trader of the Year and the title of September 2018’s Trader of the Month.

Tonight, the firm’s achievements were recognised alongside some of the UK’s best-known companies, including Lexus, Nationwide Building Society and Samsung.

The Which? Awards have been running since 2007, celebrating companies and individuals that deliver excellent products and services.