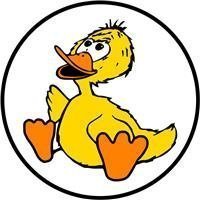 Why use A.C.Wilgar? It is not just because we are the most awarded plumbing & heating company in the UK, or have some of the most loyal and satisfied customers. We are a company that takes pride in our staff and the integrity and quality of our work.

Unlike almost all other heating installers we employ all our engineers in-house as PAYE staff. This means that we have no sub-contract labour, which means no hidden costs to be passed onto our customers. We are also annually audited by two independent quality control bodies. With no financial gain to our engineers to rush your job and with our stringent quality control checks in place, you are guaranteed the highest quality of service, delivery, installation and after care.

We have branches in Orpington and Beckenham and service the broader North Kent and South-East London areas.

We offer FREE Quotations so why not get in touch today for any of your plumbing or heating requirements. 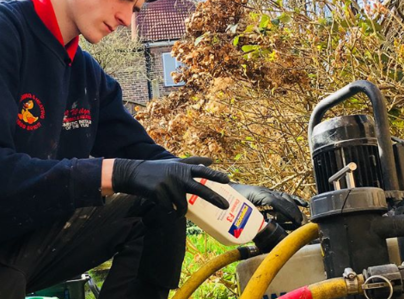 by 100% of customers
Sort by
Servicing a boiler
Customer Service
Quality
Value
He was absolutely excellent. on time clean courteous and did what he was supposed to do
Which? Trusted Traders Consumer Posted on 09/06/2022 , work completed 06/06/2022
Recommended
Excellent work.
Customer Service
Quality
Value
The plumber Joe called on time and effected a very good repair. There had been several visits by a different firm to cure the slow filling toilet cistern but almost immediately Joe identified the problem and fitted what he termed "the old-fashioned ball valve" which solved the problem. The engineer sends a text message when he is on the way which helped. We will certainly use A C Wilgar as our first call if we need plumbing work in the future. Very happy to recommend.
Customer in Greater London Posted on 14/05/2022 , work completed 12/05/2022
Recommended
Positive and professional experience with AC Wilgar.
Customer Service
Quality
Value
After ringing four plumbers (of which two didn't get back to me and the others told me that they couldn't visit for two weeks), I was more than relieved and happy that AC Wilgar came out the same day, diagnosed the problem, ordered the part which came the very next day and my shower was back up and running within forty eight hours. Really professional and friendly service. Highly recommend.
Debbie in Greater London Posted on 29/03/2022 , work completed 24/03/2022
Recommended
Professional emergency response
Customer Service
Quality
Value
My mains water pipe started leaking before the stopcock; a genuine plumbing emergency! I only discovered this at about 11:30pm on a Saturday night and dreaded ringing around to find someone to help. After calling various supposedly 24/7 companies listed on Which? Trusted Traders, to be met with either voicemail or the occasional "sorry, I don't do that", AC Wilgar were by contrast very professional and able to come within about 30 mins. They weren't able to fix the problem there and then owing to the age of the pipe meaning special fittings were required, but they gave frank and fair advice on how we could get the problem sorted during the day and ensured that we knew how to turn the water on and off if we did need it in the meantime. I hope never to have to get an emergency plumber out again; it's a costly and stressful exercise. But at least I know now that I could go straight to AC Wilgar for peace of mind.
Stephen in Greater London Posted on 26/09/2021 , work completed 25/09/2021
Recommended
Very happy with service provided by A C Wilgar.
Customer Service
Quality
Value
Very pleased with new sink and tap installation. Also use Wilgar for boiler service and repairs. Staff always helpful, friendly and professionally competent.
Customer in Greater London Posted on 30/07/2021 , work completed 30/07/2021
Recommended
I wouldn’t go anywhere else!!
Customer Service
Quality
Value
Very old shower broke down and I thought it was beyond repair but A C Wilgar managed to locate and order replacement parts and it’s as good as new!! Saved the need for a costly replacement. Polite and professional throughout. As a landlord it’s vital that I have a trustworthy business I can rely on when things go wrong, which is why I have Diamond cover with A C Wilgar and have done for a number of years. I wouldn’t go anywhere else!!
Victoria in Bromley Posted on 17/06/2021 , work completed 23/11/2020
Recommended
Great Work, Wilgar
Customer Service
Quality
Value
Was really impressed, was the first time we used Wilgar, knew our old boiler was on its way out, we had been paying British Gas monthly for a breakdown service, British Gas were unable to attend so we called Wilgar, they arrived within 20 minutes. As we expected new boiler required, they managed to replace the boiler in under a week, due to no heating and hot water, the engineer was thorough, tidy, polite knew exactly what he was doing. Also found out Wilgar do a breakdown service which includes plumbing and electrical and is much cheaper than British Gas, so signed up for this too and have cancelled British Gas. Thanks, Wilgar.
Customer in Greater London Posted on 28/03/2021 , work completed 14/03/2021
Recommended
Punctual, friendly and helpful. What more could you want?
Customer Service
Quality
Value
This is the second time I've used AC Wilgar for my annual boiler and unvented cylinder service. I was impressed with the customer service we received from the engineer, Jack Holding, this afternoon. He was very punctual, friendly and helpful. Some are very wary to allow tradesmen into their houses at the moment and although it's not something I'm overly concerned about, he followed all the Covid safety procedures, which would reassure nervous customers. He explained exactly what he was doing and gave me advice in relation to a couple of questions I had about heating in general. Nothing was too much trouble. A credit to your firm and himself.
Customer in Greater London Posted on 23/10/2020 , work completed 22/10/2020
Recommended
Very polite and cheerful.
Customer Service
Quality
Value
I was very happy to have this gentleman in my house to service our boiler. He was very polite and knowledgeable. Thank you.
Janet, Kent Posted on 23/07/2020 , work completed 05/06/2020
Recommended
Personal,Professional & Friendly Service
Customer Service
Quality
Value
Have been a very satisfied customer of AC Wilgar for a number of years following the installation of a new boiler. Just had a new hot water cylinder installed and same excellent service. Work carried out to a high standard and site left clean and tidy by a very experienced, pleasant and courteous engineer. No hesitation in recommending this firm.
Michael Posted on 13/07/2020 , work completed 13/07/2020
Recommended
Which? Trusted Traders