Based in Knaphill, Surrey, we are a local, friendly company with over 25 years’ experience in windows and doors, from double glazing to composite and bi-folding doors.

As a local company, we take great pride in the work we carry out through the area. Attention to detail and high standards are paramount to our work, and result in customer satisfaction in everything we do. Much of our work comes from recommendation and repeat business, which speaks to our high standards.

Our tradesmen are fully trained and qualified in both traditional methods and the latest techniques, so you can rely on the quality of our work.

For more information, or to discuss your requirements, contact us today. 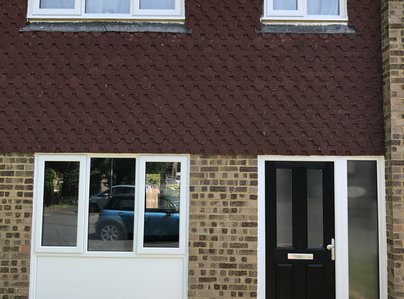