Welcome to All Gas and All Bathrooms we are an independent, family owned and run business who specialise in bathroom installations, adaptions and wet rooms.
Gas, Oil & LPG service, repair and installations.

Established and run by husband and wife team Mark & Zoe Groom. We started in 2006 when Mark decided, after many years with British Gas, to put his training and knowledge to good use and set up with a van and a vision to offer an affordable, reliable local alternative to the big energy companies.

After 14 years of firmly establishing our name and good reputation in the heating and plumbing world the last 4 years have also seen significant growth in our bathroom division with the launch of our first retail showroom in Liskeard and our second about to open in Saltash. 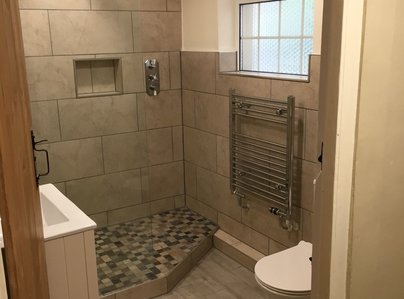