Our bespoke and contemporary conservatories and orangeries are built to extend your living space and to provide an aesthetically pleasing environment. Our windows can transform the look of any home and they're a great investment too. The elegant frames used in all our windows combine good looks with the latest technological benefits. In our wide range of double-glazed windows, you're sure to find exactly the right style to suit your home and your budget. 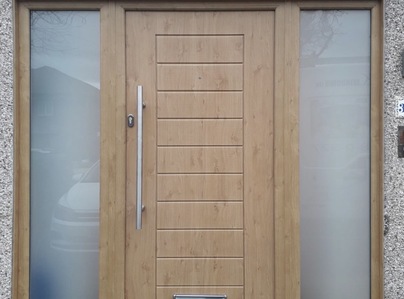 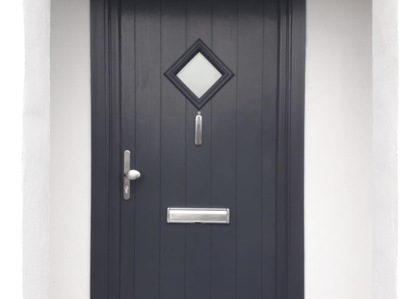 by 98% of customers
Sort by
Good product and service
Customer Service
Quality
Value
Bought replacement windows and door. Product is very good. Service was very good. Very good and reliable people. will gladly recommend them to friends.
Laxmipat in Greater London Posted on 14/02/2022 , work completed 28/01/2022
Recommended
Poor after care service
Customer Service
Quality
Value
Nad was so convincing when he promised us equipment of the highest quality that would never go wrong. Unfortunately, his promises fell flat once money had been exchanged. We have been waiting several months now to have fixes to windows that have dropped after a few months of being installed. The windows have been very difficult to open or close and as a result, the mechanisms have scraped the wood colouring and left white PVC in its place. Furthermore, our new front door also installed by Ask Windows started to squeak approximately 4 months after installation. My experiences so far have been phone calls to my mobile with no messages left. When I phone yet again for the umpteenth time, I am fobbed off with excuses such as we have no service calls availability, or our fitters stop work at 3pm or there are no pens in stock to paint over the white damaged parts of the windows where the bolts have scrapped through. I would avoid Ask Windows at all costs because once you have parted with your money, you are very unlikely to see them again.
Customer in Greater London Posted on 13/12/2021 , work completed 01/07/2021
Dear Customer, We are quite disappointed that you have discredited our high quality products and services with your unfair comments and review. Over the past years, we have achieved high standards in both our products and services. Majority of our customers come through referrals and recommendations. Also we have many returning customers. The points you have stated are not valid. if our service department contact our customers, we do leave messages if the message option is available. Should we have had shortage of staff or engineers during the pandemic, we have always contacted our customers to give an update. I am afraid since you have published your review as anonymous, we do not know who you are and which service you require. Would you please call our office so that we can discuss this matter further. Looking forward to hearing from you. Regards, Ask Windows Team
Highly recommended
Customer Service
Quality
Value
We contacted Ask Windows after seeing a number of their signs in properties in our road and being impressed with the work they had completed on those properties. We are so glad we did. They were first-class from start to finish; starting with Nad who clearly explained things every step of the way and provided a competitive price. The friendly fitters were also excellent throughout; highly efficient in their work, tidy and most importantly, the end result was fantastic. A great experience all round. Highly recommended.
Customer in Greater London Posted on 05/09/2021 , work completed 27/08/2021
Recommended
Highly Recommend This Company! Miles above the rest
Customer Service
Quality
Value
I had been let down by another Trader who I ordered a Solidor Composite door and side panels from. Despite initially quoting 4 weeks installations They messed me about for weeks, didn't respond to messages then eventually said it would be another 4-6 weeks for installation blaming Covid as as reason for not doing it sooner. I stumbled upon Ask Windows and rang them in desperation. I was told it would take 2-3 weeks for installation and they quoted a cheaper price than the other trader. The next day their Surveyor turned up to measure and 2.5 weeks later my door was installed. They were brilliant, I cant recommend them enough! My only criticism would be that they do not come up on searches when you are looking for a composite door in my area, they need a better search presence and they deserve all the business from North London as the service they provide is just perfect! Well done Ask Windows!
Customer in Greater London Posted on 28/01/2021 , work completed 26/01/2021
Recommended
Great work
The work was done with efficiency, courtesy and completed within the allocated time. Ask windows were professional from start to finish and showroom visit was well worth it. The fitters were excellent both in fitting and clearing up everyday before they left. Installation went smoothly.
Customer in Greater London Posted on 03/09/2020 (Reviewer did not use service)
Recommended
Work was magnificient
Customer Service
Quality
Value
Very pleased with them. Work was magnificient. Trustworthy, kind and did a very good job. Very polite and cleaned up after of themselves. No problem to recommed.
Mary , London Posted on 03/08/2020 , work completed 20/07/2020
Recommended
Highly Recommended
Customer Service
Quality
Value
Customer service is gold standard, they really care about their customers, right from the start they were caring, the sales rep was very helpful, installation went smoothly.
Which? Trusted Traders Consumer Posted on 22/11/2019 , work completed 22/11/2019
Recommended
Windows and door replacement
Customer Service
Quality
Value
ASK Windows replaced 10 windows and the back door in our house. The sales approach was helpful and courteous. The quotation was competitive. The windows were ready in a few weeks and the installers did a good job, using protective floor covering. The installation took 5 working days. We are very happy with the results.
Raymond Posted on 22/11/2018 , work completed 22/11/2018
Recommended
Efficient and Courteous.
Customer Service
Quality
Value
The work was done with efficiency, courtesy and completed within the allocated time. The trader had spent time with us listing our various options and showing samples and giving suggestions. We were phoned to check that all was satisfactory.
Angela, Hertfordshire Posted on 19/11/2018 , work completed 19/11/2018
Recommended
Brilliant job
Customer Service
Quality
Value
Very good experience, nice and clean job, would recommend, good value for money.
Myriam, Hertfordshire Posted on 01/11/2018 , work completed 01/11/2018
Recommended
Which? Trusted Traders