Cambridge Solar is an established solar panel and battery installation company. The company is owned and run by me, Owen Morgan. I set Cambridge Solar up in 2009 and since then we have installed 100's of high-quality solar panel systems across the UK. We install both domestic and commercial solar panel systems for both the retro-fit and the new-build markets. Me and my experienced team pride ourselves on helping our customers to find the best solution for them. I have been very fortunate to have been involved in the renewable energy industry since 1999. Before starting Cambridge Solar, I worked for several leading renewable energy companies and received a BEng from Warwick and a MSc in renewable energy from CAT in Wales. 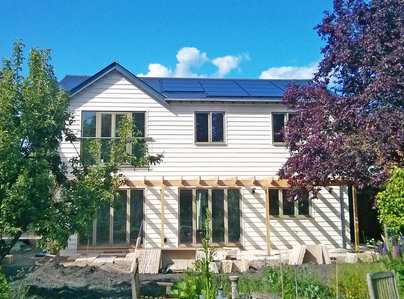