At CHAPS Limited, located in Edinburgh, City of Edinburgh, we have the experience necessary to handle all kinds of plumbing and heating around the clock. All our plumbers are gas safe registered and make sure each job is done with quality and professionalism.

By offering a wide range of services – including emergency plumbing service when sudden mishaps occur – CHAPS Limited differentiates itself from other local plumbing companies. We handle both domestic and commercial jobs, and no job is too big or too small.

If you’ve got a plumbing problem, call us out for a free estimate and see what we can do for you.

Covid-19 update: In these crazy days I just want to wish everyone to you and your family (if you have one).
Stay safe and healthy everyone xx.

We now have an online boiler quote tool to try: 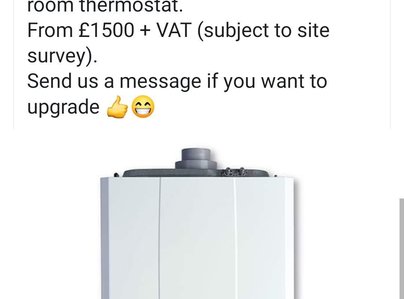