If you are considering a loft conversion we are here to help. We offer a no obligation free feasibility survey and quotation to provide you with an accurate cost for the proposed work, without having to pay for an architect in the initial stage of the project.

Charles Grosvenor Limited is a family run company and has been a specialist in converting lofts for 40 years. We are renowned for our professional and personal approach and have extensive knowledge and experience in all types of loft conversions regardless of size.

The service we offer includes providing structural plans and calculations, obtaining any required planning and building regulation approval, all aspects of the construction and decoration if required. We are also a specialist in converting the modern type `truss roof` attic spaces and the renovation of existing loft rooms.

We have an on site factory manufacturing bespoke staircase’s and stair parts to ensure your new stair perfectly matches your existing woodwork. 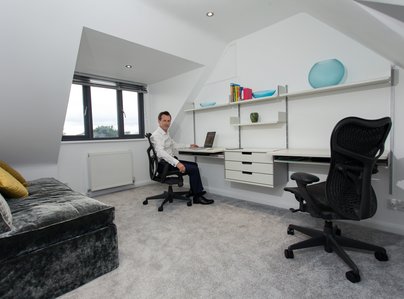