I'm Daniel Bastos, a professional painter and decorator established in the Wimbledon and South West London area for over 10 years.
I place exacting and high standards upon myself in the quality of my work and take great pride in the painting and decorating I do… it's getting the detail right that makes all the difference to me, and all the difference to you.

I take on work throughout Wimbledon and Merton, across South West London and Surrey and welcome all kinds of decorating projects from a single room to the whole house.

I have built up a strong list of very satisfied clients who I work for regularly. Consequently a large part of the painting and decorating projects I undertake come through referrals and recommendations. I currently have clients stretching from central London to Guildford.

It is important to me that I provide a friendly and efficient service to the very highest standards, ensuring I meet your precise requirements. 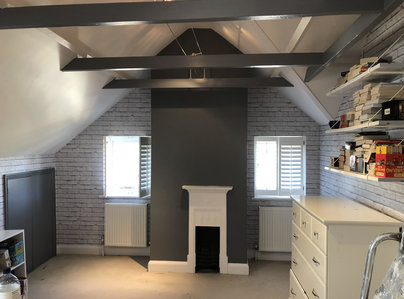