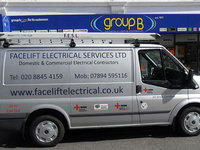 Our workmanship is covered by a six year insurance-backed warranty. All works and materials are covered by a one year guarantee any faulty materials will be replaced at no additional cost to our clients. Your statutory rights are not affected by our guarantee.

As an NICEIC APPROVED CONTRACTOR we are qualified to undertake electrical work in domestic properties, as well as carrying out commercial and industrial and have over 28 years experience. Our work is carried out to the highest standards, whether it is changing a single light switch, or socket outlet, to complete rewiring.

We are proud to celebrate 10 years as a company in November 2017. Facelift Electrical Services cover domestic homes and commercial properties in London, Berkshire, Buckinghamshire, Middlesex, Surrey and surrounding areas.

All work is carried out to BS7671:2008 IEE Wiring Regulations by experienced engineers for your electrical safety and peace of mind. 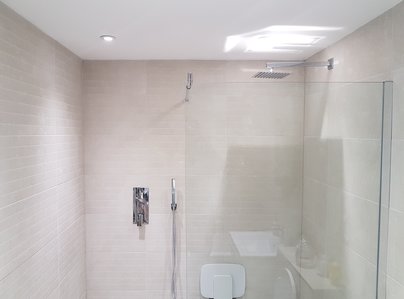