Franklyn Air was founded in 2002 as part of the Franklyn group of companies. The Franklyn group have been trading from the central London office since 1980. Franklyn Air celebrated 10 years in the industry in June 2012 and we are constantly expanding to satisfy our client’s needs. The company was formed to provide a professional and reliable commercial air conditioning installation and maintenance service throughout London and the UK. Most of our clients have been loyal to the company since 2002, proving its excellent standards of workmanship and support before, during and after projects have been carried out.

Much of our work is repeat business from our much valued existing clients. The company’s success is as a direct result of our approach in dealing with clients in a professional, friendly and reliable manner. 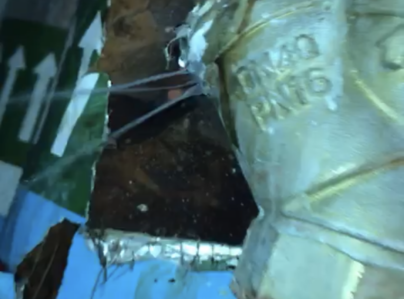 by 100% of customers
Sort by
Great work and completed on time
Customer Service
Quality
Value
I have nothing but praise for Franklynair. They arrived on time, were extremely polite and very efficient and completed the work as promised and on the date specified. I would be happy to recommend them wholeheartedly.
Customer in Greater London Posted on 14/05/2019 , work completed 10/05/2019
Recommended
Reliable Support
Customer Service
Quality
Value
We have used the services of Franklynair for many years now mainly on air con and ventilation units but they have also stepped in if I have needed other tradesmen such as an electrician or perhaps a heating engineer. They are always contactable, quick to respond and helpful. Quotes are clear and i always feel I can call and ask their advice. On the rare occasion that I have raised an issue it has been dealt with promptly. I am pleased to have Franklynair as one of our preferred contractors.
Customer in Hertfordshire Posted on 27/02/2019 , work completed 15/02/2019
Recommended
Thoughtful and Considerate
Customer Service
Quality
Value
We contacted Franklynair regarding our 4-year old Samsung ASHP system having been advised that it needed replacing by another organisation. As a charity, we were concerned about the cost. Gary and his team were very thoughtful in their approach, resulting in the existing system being fixed, with a reassurance that the costs incurred for that work could be offset against a new system installation in the event it was unsuccessful. We are very impressed with the team's attitude - they are responsive and understanding of the system itself and our needs as a charity. Thank you team.
Customer in Greater London Posted on 26/02/2019 , work completed 03/01/2019
Recommended
Boiler Repair
Customer Service
Quality
Value
Before i write this review i would just like to say how horrified i am at reading the previous review. Having a disabled son of 8 years old and a new born baby you could imagine how traumatic it felt to lose all my hot water. Especially on a Sunday night at around 8pm!! i looked online and found Franklynair and i was overwhelmed that they attended within the hour. The very helpful engineer removed the pump and travelled to their workshop facility to carry out a specialist repair on the pump. He then returned after midnight to re install. This enabled my Family and i to continue our normal weekly events. i would highly recommend this company for their professional service and for going the extra mile which is very rare these days. Many thanks to Graham and his team.
Customer in Essex Posted on 22/02/2019 , work completed 03/02/2019
Recommended
Recommended
Customer Service
Quality
Value
Franklyn Air installed of a Daikin water cooled air conditioning system in my flat. My experience was first rate. Franklyn's engineers were professional, hard working and respectful of my property and time. They took the project seriously from beginning to end with a follow up for good measure. The system has worked without a hitch since the day they completed the job.
W Attard, . Posted on 14/06/2018 , work completed 14/06/2018
Recommended
Great
Customer Service
Quality
Value
Ongoing reactive and cyclical maintenance contracts
Which? Trusted Traders Consumer Posted on 09/03/2017 , work completed 09/03/2017
Recommended
Frankly Good Service
Customer Service
Quality
Value
Franklyn air attended site to resolve an issue with ventilation. Issue was found to be a result of a power failure which had wiped out the timer program. Program was restored and fans are now running as they should.
Which? Trusted Traders Consumer Posted on 22/02/2017 , work completed 22/02/2017
Recommended
Which? Trusted Traders