Which? Trusted Traders assesses the services provided by companies who have applied to our scheme. Only certain aspects of the company are endorsed. The "Approved Service" ribbon logo shows you exactly which services they have been endorsed for, Samsung have been endorsed for their installer network services. For more information please contact us here at W?TT or ask Samsung direct.

We have been a Samsung Premier Service Centre for many years. Our engineers have been trained by Samsung and have many years experience, as to our admin support team.

We look after Samsung appliances and televisions with 'in-home' service across much of London and Essex as well as supporting appliances in Brighton and East Sussex. 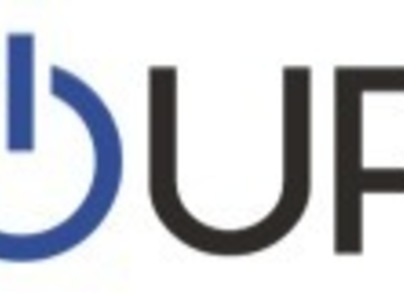 by 40% of customers
Sort by
Rubbish work waste of time
Customer Service
Quality
Value
Waste of time, visited address 4 times did everything wrong, their staff damaged the TV. They failed to notify Samsung who in turn will not replace my TV which is less than 9 months old. because FX failed to notify them. I have a TV that does not work and Samsung will not replace it thanks to FX not doing their jobs. Attempted to phone them was a complete waste of time. Sent 4 e-mails they did not even reply. Terrible service
Dale in Greater London Posted on 08/10/2021 , work completed 08/10/2021
Excellent Service
Customer Service
Quality
Value
The first time we called Samsung customer service there was no engineer visit sorted out which was a negative on Samsung CS not Group FX. The second call produced an engineers visit within 24 hours of the cal. Kevin worked proficiently, finding the issue and resolving swiftly. I now have a excellent washing machine that is fit for purpose. Delighted by Group FX service.
Customer in East Sussex Posted on 15/07/2021 , work completed 15/07/2021
Recommended
Engineer damaged my dishwasher
Customer Service
Quality
Value
Group fx engineer damaged my dishwasher while attempting to fix, it still broken. Samsung have refused to replace it. Group fx won’t let speak to a manager, awful customer service. My dishwasher broke and its only 6 months old Samsung sent a company named Group FX to fix it 4 times they have tried and failed, on the 3rd the engineer damaged the machine beyond repair. Now neither of them will accept responsibility for the damage and replace my dishwasher. I called on 19th March asked to speak to the customer resolution department and they tried to put me though but the resolution department said they didn’t want to talk to me. I’m now stuck with a damaged and still broken dishwasher after spending 30+ hours on the phone I don’t know what to do next this has been going on since mid January.
Customer in Essex Posted on 09/03/2021 , work completed 04/03/2021
Avoid at all costs
Customer Service
Quality
Value
Group FX pride themselves on being at the forefront of technical expertise. That couldn't be farther from the truth. They were hired by Samsung to fix the speakers of my brand new TV. Their engineers didn't have a clue what they were doing. Instead of fixing the speakers - they ended up breaking the display! Now we are all humans and notwithstanding their act of recklessness, I would have liked giving the benefit of the doubt. But it's been a week already and despite leaving many messages, I have not heard back. In fact Group FX didn't even bother to apologise for the damage and inconvenience caused. And that just inexcusable. Avoid!
Customer in Greater London Posted on 24/01/2021 , work completed 19/01/2021
Endorsement Reference
Customer Service
Quality
Value
Excellent service fast and reliable no problem since repair
Customer, Endorsement Reference Posted on 14/07/2020 , work completed 25/02/2020
Recommended
Which? Trusted Traders