Established in 1989, Hainault Home Improvements have built a fantastic reputation in and around Essex.
Due to high demand, they have introduced the design online, Essex Composite Door Shop, www.essexcompositedoorshop.co.uk, for the design and online ordering for high-quality composite doors fully installed.

If you are considering a Orangery or Conservatory.
Their design consultants can exclusively design one of the All NEW Ultraframe roofing systems and offer various specifications of Smartglass, to allow you to use your new living space all year round.

Hainault Home Improvements recognises that each project is unique with regards to size, shape, styles, colours etc. They work closely with you, sharing ideas and offering honest advice based on our extensive experience to help create the perfect project for you. 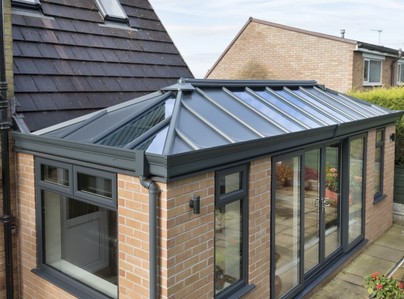 by 91% of customers
Sort by
beautiful windows fitted
Customer Service
Quality
Value
fitters turned up on time, and were polite and friendly and did a marvelous job. Completely transformed the house inside and out with new beautiful windows and french doors.
Customer in Essex Posted on 20/05/2022 , work completed 12/05/2022
Recommended
Good price. Good door. Good service.
Customer Service
Quality
Value
We ordered a door and were somewhat hesitant due to the price being considerably lower than others. There were a few minor delays with the door delivery but we were kept informed and booked in as soon as the door arrived. The installation was great, the installer was clean, did an amazing job and provided everything we needed to know. Highly recommend based on our experience!
Customer in Greater London Posted on 27/12/2021 , work completed 21/12/2021
Recommended
Poor quality control. Works completed 10 Nov 2021 (4 months after placing order).
Customer Service
Quality
Value
I have recently had windows a porch and patio doors installed by Hainault Home Improvements. The main reason for opting to use this company was the quality of the REHAU windows and the very competitive price. Issues encountered as follows: - I visited the showroom and received no assistance from anybody. However I was impressed by the windows on display. - Despite this poor experience in the showroom I still decided to get a quote. The quote was significantly lower than other larger competitors and so I entered into contract on 2nd July 2021. - The estimated installation date had been within six weeks. In reality this ended up being approx. 10 weeks. - The porch and all windows were installed within 1 week. Three panes were broken and others had scratches or other markings. Replacement glass was ordered immediately and fitted between 1 - 3 weeks later. - The works to install the porch were the best part of the job. The fitter, Ben, was polite and customer focussed, and the end product was very good. The only hitch had related to the roof tiles. Resolved satisfactorily. - The patio doors which had also been due to be installed had apparently arrived at HHI in the wrong colour. I have no idea how such a mistake could have happened. It meant that I had to wait a further 4 weeks for the frames to be reproduced. - The patio doors were finally installed only for me to discover that there were markings on the glass. Replacement glass was ordered.
Customer in Greater London Posted on 11/11/2021 , work completed 10/11/2021
House Extension Loughton
Customer Service
Quality
Value
Hainault Home Improvements have been a professional outfit from start to finish. The work they undertook was of a high standard and always very tidy. The workers were polite and considerate at all times
Trevor in Essex Posted on 06/09/2021 , work completed 31/05/2021
Recommended
6 months since first contact to rectify the door still not done.... Avoid
Customer Service
Quality
Value
After 1 year of the composite entrance door installation it went bowing.Contacted them in March 2021 to rectify the issue, an engineer came 3 times through the summer to take a photo to make a report, the guys from office keep telling me they are still trying to solve the issue but no result in September 2021. Careless cowboy firm that I regret I went for my door installation. Will make an official complaint through Dispute Resolution Ombudsman. Avoid'Hainault Home Improvements' at all cost.
Customer in Thurrock Posted on 03/09/2021 , work completed 17/03/2021
Thank you for taking the time to leave us a review. We take very seriously your feedback about the service that you have received. We are doing our utmost to try and keep all our customers updated on all replacement parts due to unforeseen delays in the UK. If you would be kind enough to call the office we can update you.
New Door
Customer Service
Quality
Value
Great service from first contact to fitting of our quality from door. Fitter was very pleasant and tidy and explained everything clearly. Good experience and quality service.
Thomas in Essex Posted on 07/05/2021 , work completed 19/04/2021
Recommended
Fantastic job
Customer Service
Quality
Value
Had a fire door fitted on my flat fantastic service from start to finish. The fitter was really nice and polite and such clean workmanship would not have known he was in the flat. Did not need to touch up the paint on the walls where to door had been fitted the job was that good.
Ruth in Greater London Posted on 31/03/2021 , work completed 30/03/2021
Recommended
20 years and still going strong!!!
Customer Service
Quality
Value
I bought my windows from this company 20 years ago and they are still near perfect.. thought I would see if this company still existed because I am moving home and may need them. Just really solid stuff.
Customer in Greater London Posted on 17/03/2021 , work completed 17/03/2021
Recommended
Good Local Company
Customer Service
Quality
Value
Really pleased with whole experience. They were helpful in choosing the correct product. The fitter was excellent and did a fantastic job. I would highly recommend this company.
Customer in Essex Posted on 28/01/2021 , work completed 15/01/2021
Recommended
Superb
Customer Service
Quality
Value
I am really pleased with the work they did. They were very tidy and work was great. Would recommend them to anyone.
Linda, Essex Posted on 26/11/2020 , work completed 13/11/2020
Recommended
Which? Trusted Traders