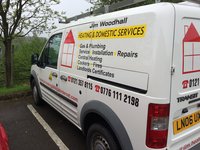 I am a self-employed Heating Engineer with ten years experience. I am Gas Safe registered. I am qualified for installation, servicing and repair of natural gas and LPG boilers, cookers and fires.

I am a Nest Pro Installer.

I am a domestic electrical installer with a Part P qualification.

I only deal with domestic properties. The work includes gas, plumbing and electrics.

I am based in Great Barr but also cover the wider West Midlands area.