Please note: Replacement boilers and ancillary equipment are not installed between September the 1st and December the 1st.
Supply of service is always given to customers where I have installed components previously.

Installation of combination boilers for flats, bigger boilers for houses with hot water cylinders and commercial boilers for office blocks and larger properties.

Working with a team of highly skilled and amiable people we install decent reliable heating systems that quite simply "just do their job".

Installed as installed in Germany, a country where people have high expectations of what technology can do for man, we quite simply 'transform your heating system"

We mainly install Viessmann and Vaillant boilers with their own controls ensuring that the installation works seamlessly and issue free. 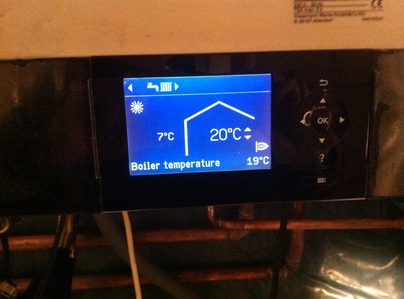