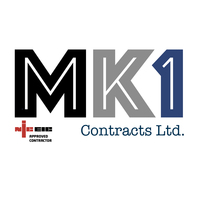 At MK1 we have over 20 years of experience within the domestic, commercial and industrial electrical industry. Inspection and testing, NICEIC approved contractor and fully insured. We pride ourselves on our high standards of work and customer care. 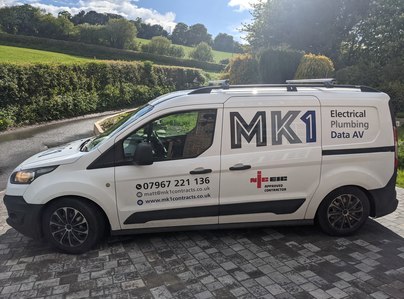 by 100% of customers
Sort by
Good Job Done
Customer Service
Quality
Value
Matt first came to The Pink and Lily doing small jobs that I was very pleased with then came and did our 5 year check that we have to do for our safety certificate. As well as replacing faulty wiring, plug sockets and lighting, we also had additional sockets inside and out. No job is too big or too small and always done to a high standard. A prompt and friendly service, comes when booked and never lets us down. Even on a Sunday when everything tripped!! Always with a friendly smile, his plumbing skills are also very good, a handy firm that we will continue to use. Would highly recommend to anyone.
Shirley in Buckinghamshire Posted on 11/06/2021 , work completed 04/05/2021
Recommended
Endoresment reference - Highly Recommended
Customer Service
Quality
Value
MK1 completed some electrical work in our kitchen. The team did a brilliant job. They were reliable and finished the job to an extremely high standard. I wouldn't hesitate to recommend.
Posted on 10/06/2021 , work completed (undated)
Recommended
Endorsement reference
Customer Service
Quality
Value
MK1 have completed a rewire of a kitchen project , including a renewal of a fuseboatd and fitting external lighting and power to outside buildings
Which? Trusted Traders Consumer Posted on 10/06/2021 , work completed 25/05/2021
Recommended
Endorsement reference -Highly Recommended
Customer Service
Quality
Value
Matt and his team installed outdoor lighting to our front and back gardens, together with outdoor sockets. They also installed a 15 way distribution board. I highly recommend MK1 Contracts Ltd as they are professional, efficient, reliable, friendly and tidy! They arrived when arranged and responded to messages swiftly. I am a returning customer and will continue to use and recommend MK Contracts Ltd in the future.
Which? Trusted Traders Consumer Posted on 10/06/2021 , work completed 02/06/2021
Recommended
Endorsement reference - Professional Service
Customer Service
Quality
Value
MK1 carried out the installation of new spotlights, sockets and power connections throughout my property as part of refurbishment works being carried out. Matt and his team were extremely professional and polite individuals who carried out the project quickly and efficiently. Would highly recommend
Which? Trusted Traders Consumer Posted on 10/06/2021 , work completed 22/02/2021
Recommended
Endorsement reference
Customer Service
Quality
Value
As part of general refurbishment of a newly acquired house I contracted MK1 Contracts Ltd to undertake electrical works. These included improvements to lighting throughout, such as new LED ceiling lights, dimmer switches and under-cupboard LED strip lighting. A new integrated smoke alarm system, and a replacement doorbell, were also part of the contract. Matt Keene and his firm MK1 Contracts proved professional throughout the works. They arrived punctually, cleaned up afterwards and provided efficient invoicing and certification. They were a pleasure to deal with, bringing ideas and offering costed options, and willing to go the extra mile. MK1 Contracts has played a big part in turning my house into a home.
Posted on 10/06/2021 , work completed 09/04/2021
Recommended
Which? Trusted Traders