We pride ourselves on a very reliable, friendly and quality service. We will do everything we can to meet our customers expectations, right through from design to installation.

We will look after the customer from start to finish with the ease of only having to use one company. This will remove the stress and hassle of managing different contractors.

Extremely competent tradesmen with over 15 years experience in the building trade. NVQ qualified.Free and prompt quotations. Fully insured and all work guaranteed.

We specialise in full refurbishments including kitchen fitting, all carpentry and tiling, plastering, painting and decorating, flooring, bathrooms, bedrooms and everything in between. 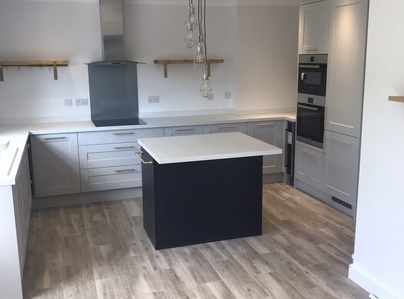