Peter Cox, founded in 1951 and the UK market leader in its field, is widely recognised as a company to trust when it comes to your home. We provide advice and repair solutions for damp, woodworm, fungal rot, basement waterproofing and structural repairs.

Our local surveyor will provide you with a detailed report on the problem, with recommendations if any work is necessary, backed by a long term guarantee. These services are available through a nationwide network of local offices, and we are one of the few companies whose trading history exceeds the term of its guarantees.

Our surveyors are fully trained, holding CSRT and CSSW qualifications and we have local technicians, all of whom are skilled and experienced in carrying out specialist treatments.

We are proud to have become the first national preservation company to be awarded Which? Trusted Trader status. We are also rated ‘Excellent’ on Trustpilot with over 1750 reviews. 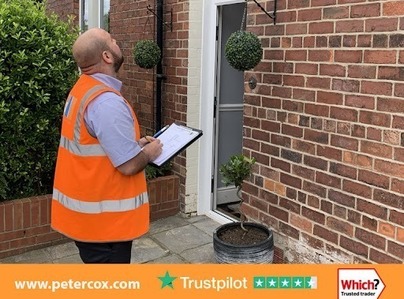 by 80% of customers
Sort by
Moving house is stressful enough without getting Peter Cox involved
Customer Service
Quality
Value
A Peter Cox surveyor decided my newly bought house would need a damp proof course (DPC) on most of the ground floor walls. I instructed them to schedule the work: 1 day of applying the DPC and 2 days of re-plastering. The man who came to do the DPC immediately noted that some of our internal walls were coated in Artex which could contain asbestos and as such he wouldn’t be able to disturb it and wouldn’t be able to carry out all of the work that the surveyor had suggested. I wouldn’t expect him to put himself at risk, I accepted that his decision was based on safety concerns. Why didn’t the surveyor pay attention to what the walls were decorated with? The man guessed the name of the surveyor without any clues from me, meaning that there is a surveyor working for Peter Cox Liverpool who is known to be bad at his job. No solution was offered for treating this wall, no advice about how we could get the Artex tested for asbestos, no offer to come back at a later date and complete the work that I was paying them for. The next day my partner took the day off work to be at the house with the plasterers, who were supposed to arrive 8.30-9am. They never showed up. They never bothered to call me, I had to call them periodically throughout the day for updates. My partner lost a full day's earnings due to them stalling us rather than being honest that they weren't coming. After threatening legal action they eventually offered an acceptable reduction in price - dreadful experience.
Customer in Merseyside Posted on 01/11/2020 , work completed 29/09/2020
Excellent workmanship and service.
Customer Service
Quality
Value
From my first interaction with the telephone team to the surveyor and workmen. I have received excellent honest service and am happy to recommend.
Nicola, Merseyside Posted on 01/09/2015 , work completed 01/09/2015
Recommended
First Class- from start to finish
Customer Service
Quality
Value
From this initial enquiry, through to the survey and then the work being completed. I was really impressed with the professionalism and high level of customer services. Nothing was too much trouble, a first class job all round.
Which? Trusted Traders Consumer Posted on 03/08/2015 , work completed 03/08/2015
Recommended
Great customer experience.
Customer Service
Quality
Value
From initial contact through to the completion, it was a pleasure to do business with them. The surveyor was professional and clear, the workmen arrived on time, were courteous, and cleaned up well. Communication with customer facing people in the office pleasant and helpful, who could ask for more.
John, Berkshire Posted on 22/06/2015 , work completed 22/06/2015
Recommended
Excellent job.
Customer Service
Quality
Value
From my first contact with the company I had excellent service. The surveyor was very thorough and talked me through the job. The report came promptly and the workmen arrived on time. I was kept informed throughout the work of progress and any changes that might be necessary. They left the sight neat and tidy and kept dust to a minimum. A very efficient and pleasant company to deal with.
Margaret, Merseyside Posted on 03/06/2015 , work completed 03/06/2015
Recommended
Which? Trusted Traders