Polkadot Plumbers was founded in 2019 by Edinburgh University graduate Jack Ronan. Jack left the Army in 2016 and immediately retrained as a plumber and gas engineer, viewing the heating and plumbing industry as somewhere that he could put his transferable skills to good use. With the mentality that professionalism and efficiency come as standard, Jack and his team have built Polkadot Plumbers into a plumbing business that delivers an extremely high standard of work with excellent customer service, time and again.

Gas Safe Registered
Our engineers are fully qualified to work on domestic and commercial gas appliances.

NVQs Our engineers are City and Guilds qualified.

NICEIC Our electricians are certified by the National Inspection Council for Electrical installation Contracting. 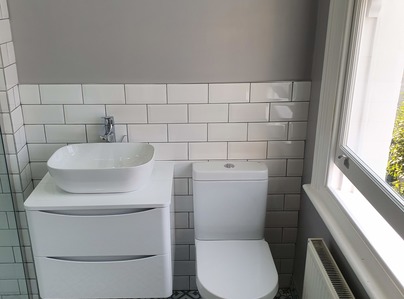