Rick and I established Richard & Richard's in July 2010. From supply only to full project management, we have many products to suit different budgets.

We have strategically chosen to partner with Bosch, Neff and Siemens branded appliances. We also sell Franke and Blanco sinks/ taps depending on our customers' requirements.

We choose to sell quality products at better prices rather than sell the cheap low quality. With this, we then have peace of mind that our customers have good quality products with a smaller chance of having issues. Of course, should a service call be required we are here for the after sales service. After all, we do believe that "if a job is worth doing, it is worth doing well."

We have a showroom based away from the high street in the Pear Mill shopping village. There is an onsite café and of course many free parking spaces.

We offer a professional free no obligation design and quotation service. We do not provide a fit only service. 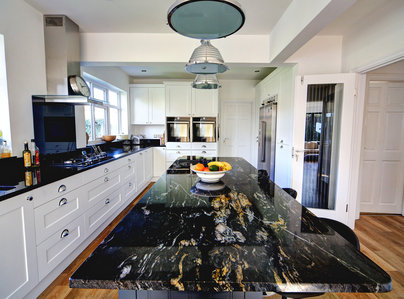