We are a dynamic Removals and Deliveries Company based in the heart of Central London, with many years experience in the various fields we cover.

Whether it's a single sofa, the contents of a four bedroom house, or an office move across town, we can help take the stress out of every stage of your move or delivery. Whatever those needs, we are happy to discuss them with you, 7 days a week.

Whilst our primary business is removals, we are ideally placed to satisfy a variety of different transportation needs and can also offer affordable storage in Central London. We cater for exhibitions and trade shows throughout London and the UK, and can handle specialist items (artwork & musical instruments, for example).

All our vans are fully equipped for any eventuality, and all your goods are fully insured both in transit and in storage.

We also offer a wide range of packaging supplies. Come and visit us at our shop, at 92 Brandon Street SE17, and have a hot drink from our coffee stand, Rocketfuel! 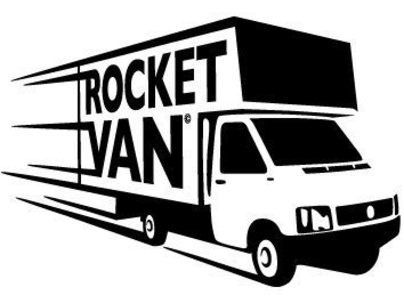 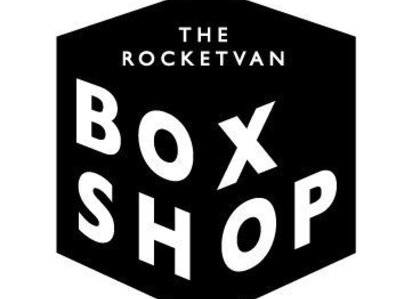 by 100% of customers
Sort by
House Move
Customer Service
Quality
Value
Rocket Van Ltd
We used Rocket Van when we moved house from Peckham to Margate. We got numerous quotes from various firms and every quote we had was extremely cheap, to hook us in and then under further discussion got exponentially larger. RV was recommended by friends so we contacted them by phone and immediately the discussion was sensible, succinct and transparent. I spoke to the Owner, Julian, and he explained everything, we would need two vans, 4 people and for 8 hours, etc etc. We initially reviewed our position and thought it was overkill, we thought we only needed one van, couple of people. We discussed again and Julian reassured us, he was 100% correct. The service from beginning to end was awesome. The removal guys were polite, caring, considerate and constantly communicating. They filled the two 7.5 ton trucks with military precision and with no room to spare. They got the job done in less than 7 hours and so our total bill came in a few hundred under the original quote. This is exactly the level service you need, no BS, no initial cheap 'hook' quote, just facts, clarity and delivery. We could not recommend Rocket Vans enough, this is above and beyond, a no-brainer. We rarely write reviews, we'll make these guys an exception.
Customer in Kent Posted on 31/07/2020 , work completed 29/06/2020
Recommended
Perfect Job
Customer Service
Quality
Value
Rocket Van Ltd
We found Rocket Van via Which Trusted Traders. Our daughter, whose flat is accessed by a narrow outside staircase with some 25 stairs, needed a big and heavy put you up from our own house and a very old upright piano which was in storage. Two men arrived at our house and successfully worked out how to navigate the put you up to their van. They were joined by two colleagues at the storage warehouse and retrieved the piano. They checked the terrain at the flat and made light work of the most awkward and heavy lifting. Their work was completed within the agreed timescales and budget. As individuals they could not have been more charming and good humoured and were an absolute pleasure to do business with. If asked we’d recommend Rocket Van without hesitation.
Customer in Greater London Posted on 15/07/2019 , work completed 15/07/2019
Recommended
Excellent removals company!
Customer Service
Quality
Value
Rocket Van Ltd
Great service from the first point of contact with Julian who produced the estimate for us to removal day where the guys were extremely friendly, hard working and professional and got us moved into our new place quickly and without a hitch!
Customer in Greater London Posted on 20/01/2019 , work completed 18/01/2019
Recommended
Above and Beyond
Customer Service
Quality
Value
Rocket Van Ltd
Everyone at Rocket Van was fantastic throughout our move - not only were they flexible and accommodating prior to the move in date, they took all the stress out of the move in day and couldn't do enough to help. When one small item was damaged in the move they took the trouble of replacing the item and even delivered it our door at a time that was convenient for us. Moving house is classically a real pain but Rocket Van made it seamless - and cheered us up in the process! Totally trustworthy, reliable and careful. Would absolutely use them again. Thank you!
LydiaM Posted on 09/09/2018 , work completed 09/09/2018
Recommended
Brilliant service every time
Customer Service
Quality
Value
Rocket Van Ltd
We have now used Rocketvan for three separate moves and I couldn't recommend them more highly. Everyone we've dealt with has been helpful beyond expectation, cheerful and friendly and above all highly professional. Fantastic service, well priced, by a lovely local company.
Sally F Posted on 02/09/2016 , work completed 02/09/2016
Recommended
Perfect: professional, punctual and efficient
Customer Service
Quality
Value
Rocket Van Ltd
Our belongings were moved quickly and carefully across London. Nothing lost or damaged. My partner and I had separate crews move our belongings from two flats (one on the opposite side of the city) to our new home. All of the staff I dealt with were friendly, hardworking and helpful. Boxes and packaging materials were delivered in advance which was great – one less thing to worry about plus you only pay for what you use. Amidst the considerable stresses of moving home this was one process which went without a hitch.
Site User Posted on 22/10/2015 , work completed 22/10/2015
Recommended