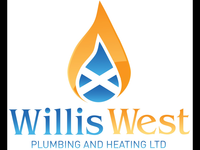 Willis West Ltd are proud to welcome the newest division of the company in Willis West Plumbing & Heating Ltd. The gas safe registered company incorporated in 2011 specialise in full central heating systems along with all gas appliances. We offer advice on the most effective heating solution for your home from a combination boiler to full unvented heating systems.

We aim to heat your home the most effective and efficient way possible. Not only will we strive to keep your initial installation costs down but by recommending band A efficiency boilers we give you the opportunity to keep your running costs to a minimum. This advice can be supported by the energy efficiency qualification held by our engineers.